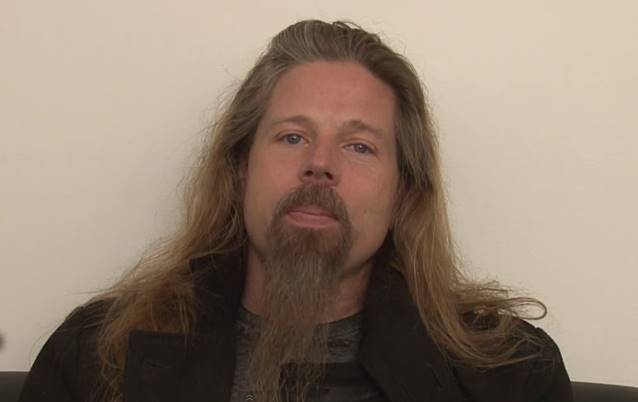 MEGADETH's official Facebook page has been updated with a photo of what is unmistakably LAMB OF GOD drummer Chris Adler wearing a MEGADETH shirt accompanied by the hashtag #‎Megadeth15‬, indirectly confirming rumors — as exclusively reported by BLABBERMOUTH.NET on March 14 — that Adler is laying down drums for MEGADETH's new album.

Adler's involvement with MEGADETH will apparently be limited to studio work only, and he is not be expected to join the band on the road to promote the effort, which is currently being recorded in Nashville, Tennessee.

MEGADETH mainman Dave Mustaine and Adler were photographed last week having a discussion at what appeared to be a fast-food restaurant or a coffee shop in Tennessee.

MEGADETH has yet to officially announce replacements for drummer Shawn Drover and guitarist Chris Broderick, who quit the group last year.