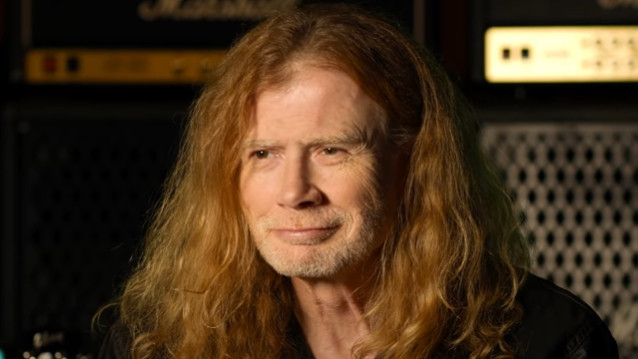 MEGADETH's DAVE MUSTAINE: 'I Am A Stickler For Grammar'

During a new appearance on "The LA Lloyd Podcast", MEGADETH's Dave Mustaine discussed his songwriting process. He said (as transcribed by BLABBERMOUTH.NET): "The songs really never are done until they're done. The lyric is a whole different subject because I am a stickler for grammar. And a lot of times I'll go back and look at my lyrics and think, 'God, what are you? A fourth grader?' Because some of the grammar and the punctuation and stuff will be off. But it helps me a lot to go back and look at what I've written and learn from that because I sometimes will sing the song in a character. So many of the songs are about relationships, so a lot of times if I'm singing it, I can be me or thee. It's whatever."

Asked if there has ever been a situation where a cadence containing perfect grammar might not be flowing with where he is trying to go with the lyrics, Mustaine said: "No. The thing for me is if I'm trying to write a lyric, I've got a pretty good grasp of the King's English, so if I have a word that I wanna use that doesn't fit, I'm pretty safe at saying I know a synonym for the word in question."