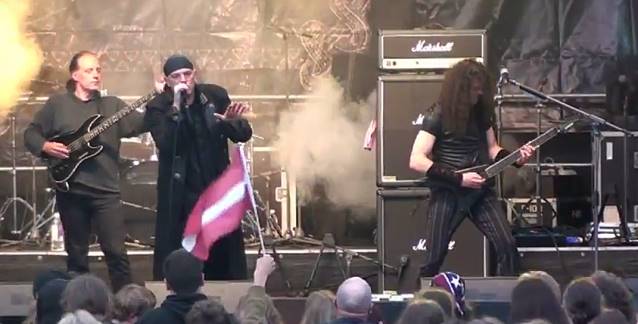 German progressive thrash metal veterans MEKONG DELTA will release their new album, "In A Mirror Darkly", in Scandinavia on April 23, in Germany on April 25, in the rest of Europe on April 28 and in the USA on April 29 through SPV/Steamhammer as CD, double gatefold LP with colored vinyl plus a CD in a cardboard sleeve and as a digital download.

MEKONG DELTA bassist/mastermind Ralf Hubert continues to stand for innovation and independence in 2014. All those looking for pure mainstream or mediocre muzak have to look elsewhere — MEKONG DELTA score again with their intelligence, unwillingness to compromise and courage.

"In A Mirror Darkly" and picks up, thematically, where its 2010 predecessor, "Wanderer On The Edge Of Time", left off.

"For me, music doesn't start with A and end with Z, it's an ongoing process," Ralf Hubert explains. "In this respect, you could call 'In A Mirror Darkly' the continuation of the 'Wanderer' theme, but it's no copy, it's an independent recording.

"Each MEKONG album sounds unique and forward-looking in the original sense of the term. As a composer, I consciously allow myself to drift to be able to consistently explore new horizons."

For almost thirty years, Germany's MEKONG DELTA has enjoyed an excellent reputation as an independent and exceptionally creative band in the world of progressive metal sounds. Albums such as "The Music Of Eric Zann" (1988) and "Pictures At An Exhibition" (1997) are considered classics of their kind. With their blend of prog metal, classical elements and thrash, the musicians are considered pioneers of a stylistic mix which has been emulated by a considerable number of epigones.

Martin LeMar (vocals),Ralf Hubert (bass),Erik Adam H. Grösch (guitar) and Alex Landenburg (drums) recorded a total of eight songs for "In A Mirror Darkly", including three instrumental numbers like the ingenious "Inside The Outside Of The Inside" with its diverse arrangements.

"Typically MEKONG DELTA, the new numbers all have a playing time of between five and seven minutes," says Ralf Hubert. "As far as I am concerned, that’s just the right time frame to gain sufficient stylistic depth without pushing the envelope or creating artistic ambiguities. I feel that we’ve once again found the right mix of complexity and uninterrupted leitmotiv."

"In A Mirror Darkly" track listing: 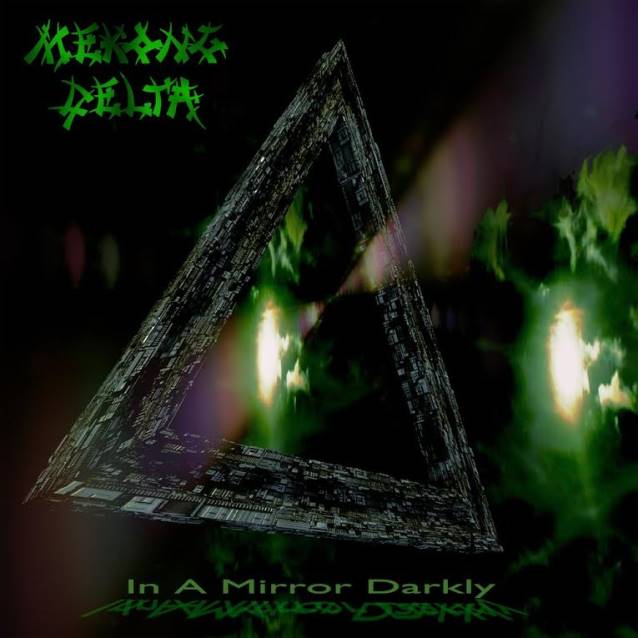