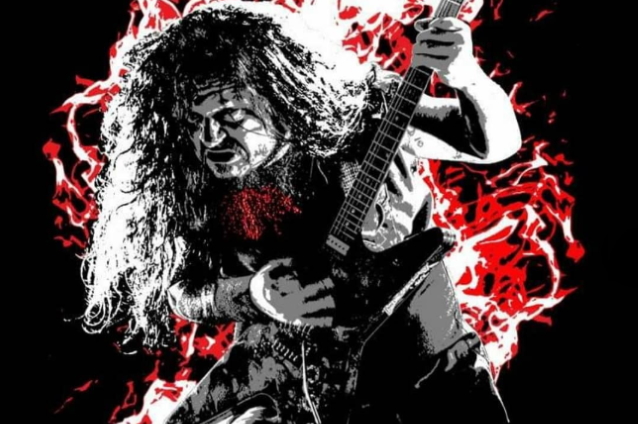 Members Of ANTHRAX, HATEBREED, HELLYEAH, IN FLAMES, LAMB OF GOD, SEPULTURA More To Perform At This Year's 'Dimebash'

Additional talent has been announced for "Dimebash" — an all-star jam tribute to "Dimebag" Darrell Abbott, the late co-founder and guitarist of PANTERA and DAMAGEPLAN. Set for Thursday, January 16 at The Observatory OC in Santa Ana, California, the one-of-a-kind lineup will feature members of the following bands:

The all-star jam will feature Dime's music and some of his favorite songs, with the Texas homegrown sounds of WHISKEYDICK opening the show.

Event producer and Dimebag's longtime partner Rita Haney said: "This year will mark the 15-year anniversary since Darrell was taken from us… even more of a reason to come together with friends and chosen family to honor the man that brought so much love and laughter to our lives… not to mention some pretty sick tuneage!!! If you've never experienced 'the room' at 'Dimebash', it's something you can't describe — the love, the unity, the smiles, the magic. It's a special kind of vibe you have to check out at least once for yourself. Then you'll almost know what it's like to have Dime physically in the room."

The 2019 "Dimebash" and BackBeat BBQ included special guests such as Dave Grohl, Corey Taylor, Rex Brown, Scott Ian, Charlie Benante, Dave Lombardo, and many more. Check out some highlights below.

The all-ages event, which also serves as the unofficial kick-off for the Winter NAMM show, starts at 7:00 p.m. and will be hosted by the metal ambassador himself Jose Mangin (Affliction, SiriusXM). Tickets are available for $33 (plus fees) via www.DimebagDarrell.com. There will also be lots of great raffle prizes to win throughout the night.

The Observatory OC is located at 3503 S. Harbor Blvd. in Santa Ana, California. 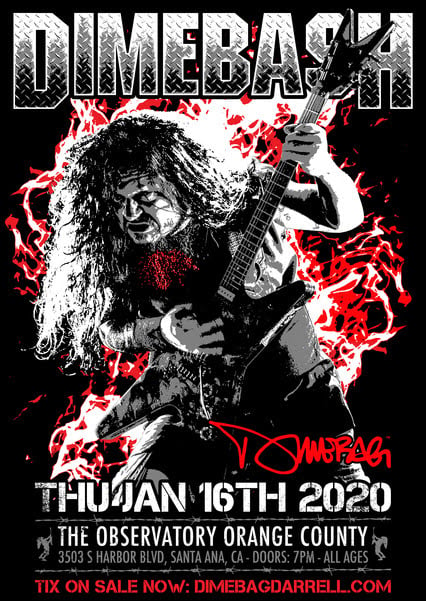