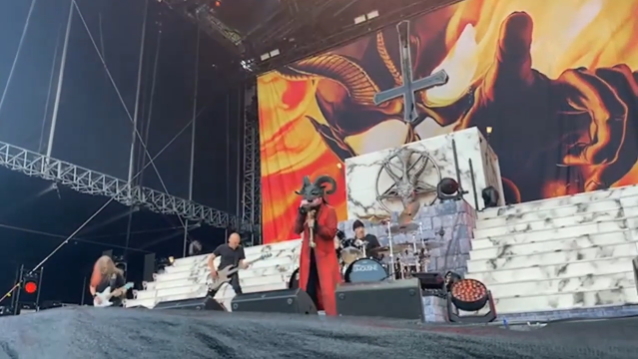 Influential Danish metallers MERCYFUL FATE played their first concert in 23 years earlier tonight (Thursday, June 2) at the Expo Plaza in Hannover, Germany as the support act for VOLBEAT. The band's seven-song set included a brand new track, "The Jackal Of Salzburg", which is expected to appear on MERCYFUL FATE's upcoming studio album, tentatively due in 2023 via Metal Blade.

In a Twitch livestream from a few days ago from the MERCYFUL FATE rehearsals, which took place in Glostrup, Denmark, King revealed that he and his bandmates were planning to debut a brand new song at the 2022 shows. "We're trying," he said. "We're still working on a song. I wrote the final lyrics the day of our departure [for rehearsals], I would say, and that's a couple of days ago. So the others have not heard me sing the song at all. We played a few riffs from it yesterday. I didn't sing to it at that time. But it's coming [along] here. The next couple of days we're gonna see where it leads us." 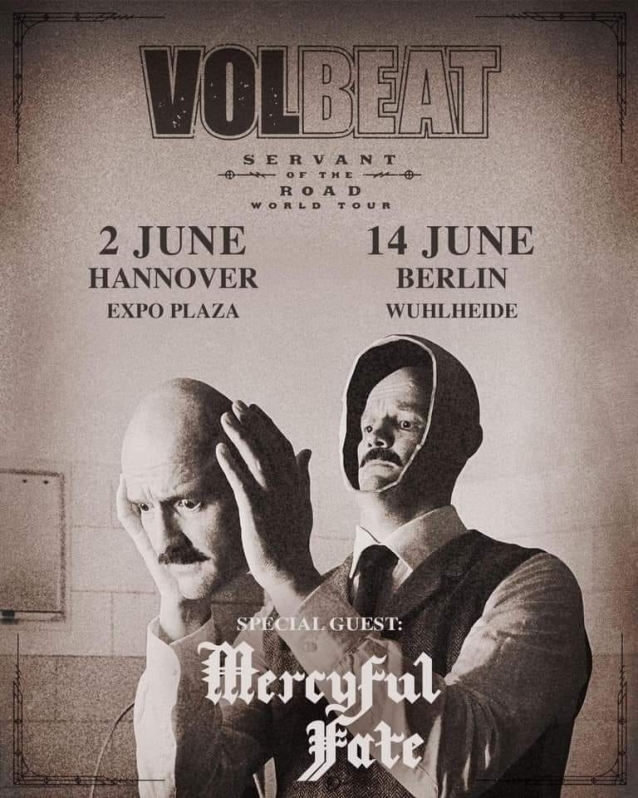