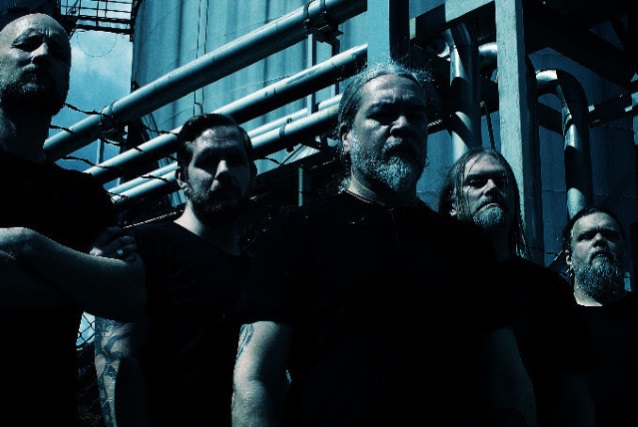 Swedish extreme tech-metal pioneers MESHUGGAH have announced their 2018 North American tour with special guests CODE ORANGE and TOOTHGRINDER. The trek will kick off at the Commodore Ballroom in Vancouver, British Columbia, Canada on January 23 and make stops in Seattle, Portland, and San Francisco before concluding at The Wiltern in Los Angeles on January 29. Following the six-show trek, MESHUGGAH will perform at the 70000 Tons Of Metal cruise.

Tickets for the tour go on sale on Friday, December 8 at 1 p.m. EST at www.meshuggah.net/tour.

* No CODE ORANGE
** MESHUGGAH only

MESHUGGAH is touring in support of its highly acclaimed eighth studio album, "The Violent Sleep Of Reason", which secured the band its first Grammy nomination in the "Best Metal Performance" category. 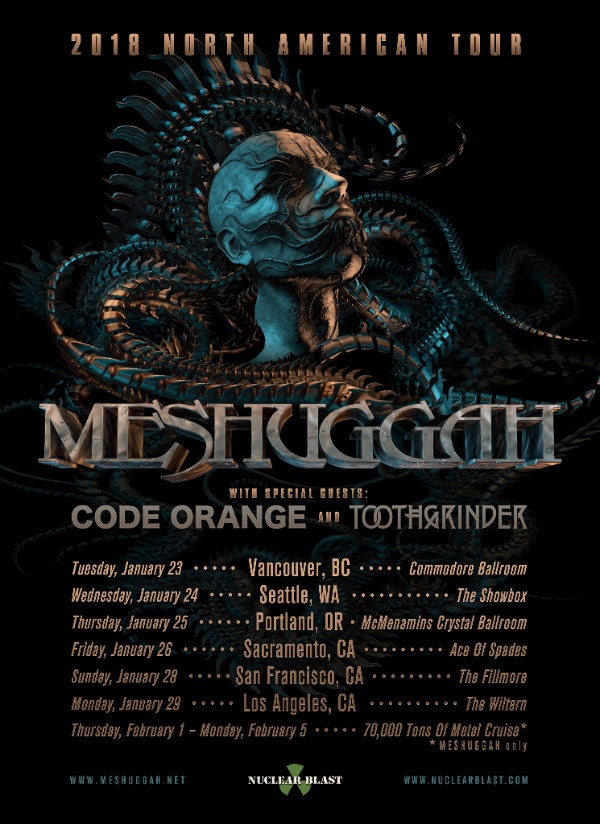