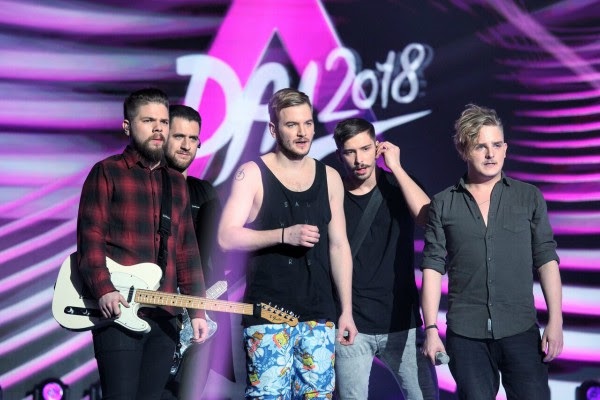 For the first time ever, Hungary has chosen a metal band to represent the country in the Eurovision Song Contest. The post-hardcore/modern metal act AWS came out on top in the seventh edition of the Hungarian national selection "A Dal" with its emotional song "Viszlát Nyár" (English-language translation: "Goodbye, Summer") performed in the band's native language.

AWS was founded in 2006 in high school by Bence Brucker, Dániel Kökényes, Örs Siklósi and Áron Veress. They were later joined by current bass player Soma Schiszler. Combining different elements of nu-metal, metalcore, post-hardcore and psychedelic rock, the band managed to produce three full-length albums, three singles and seven video clips during its 12-year existence. Following a decade of successful club shows and even major festival appearances from all over Hungary to Austria, Slovenia, Romania and the United Kingdom, the band was announced as one of the participants of "A Dal" in 2017.

AWS's victory came as a big surprise, although the band united the Hungarian metal scene like no band before. Musicians from all over the country encouraged their fans to cast their votes for AWS — from popular rock musicians like TANKCSAPDA and ROAD to members of the death metal band KILL WITH HATE.

A well-known name among lovers of heavy music in the underground metal scene, AWS was chosen from eight entries who made it through to the final round of the "A Dal" show. These acts were judged by a four-member jury consisting of well-known figures of the Hungarian music and art scene. Unexpectedly, AWS snuck into the super-final round in the company of three pop music acts to steal the show: in this final stage, people from all over the world were able to vote for their favorite artists. This is what ultimately earned the band its triumph: AWS knocked pop music out of its way with the help of metal fans to claim the first place.

The dynamic winning song, featuring both clean and screamed vocals, was inspired by a family tragedy. Frontman Örs Siklósi comments: "'Viszlát Nyár' was put together in a summer camp in the company of a few bottles of wine. The lyrics are originally about my father, who passed away recently. We tried to make the video a little bit different. We didn't want it to be only about my story, so other band members can relate to it as well. We've emptied all our family video archives to demonstrate the passing of time and to stress how important it is to look after our beloved ones, because nobody's got too much time here to mess around."

AWS also vowed to perform the song unchanged, with additional visual elements and the same intensity as it does when it plays for its fans.

The world hasn't seen a metal band win the Eurovision Song Contest since Finland's LORDI shocked the audience with its brand of horror metal in 2006. It remains to be seen if AWS can repeat the feat.

The Eurovision Song Contest grand final will be held in Lisbon, Portugal on May 12.