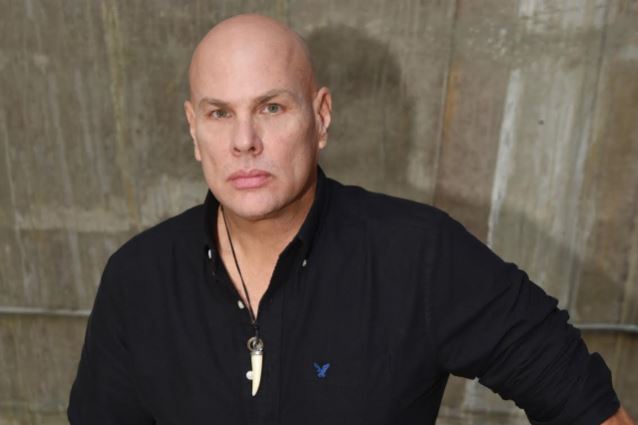 In a brand new interview with EonMusic, METAL CHURCH guitarist Kurdt Vanderhoof spoke about the ill-fated reunion of the band's classic lineup for the 1999 "Masterpeace" album. He said: "'Masterpeace', which I like to call 'Disasterpeace'. The whole thing was a great idea, but when we tried to put together, it just didn't work. We got forced into doing some stuff, and, I swear, when we played Wacken [Open Air festival in Germany] with [classic METAL CHURCH vocalist] David Wayne, the whole thing fell apart with having all the original members. They literally forced us into doing that, and I was telling the management and record company, 'Look, this is a bad, bad idea.' We played, and we sucked — I mean, it was horrible. I was, like, 'Fuck you. I told you, and I warned you that this is bad.'"

Asked why the reunion failed, Kurdt said: "Well, David Wayne couldn't sing anymore — he was fucked up on drugs; prescription drugs, because that's 'different.' It was fun to play with [fellow guitarist] John Marshall, but Kirk [Arrington, drums] couldn't do it because of his health, and that's when I had to cut ties with Kirk. He didn't play, and he barely played on the record, and it took forever to get that done. It just didn't work. It was a horrible feeling. We did a tour and it was awful. We're still recovering from that now."

The guitarist added: "Literally, 'Masterpeace', that era was when I decided I am never, never doing that again."

Wayne died in May 2005 from complications following a car crash. He was 47 years old.

Wayne sang on METAL CHURCH's first two classic offerings (1984's "Metal Church" and 1986's "The Dark") before leaving the group and being replaced by Mike Howe. Wayne subsequently teamed up with members of HERETIC members to form REVEREND, with whom he released two full-length albums and a couple of EPs. He eventually rejoined METAL CHURCH in time for "Masterpeace". A "solo" album (under the WAYNE banner),titled "Metal Church" followed in 2001.