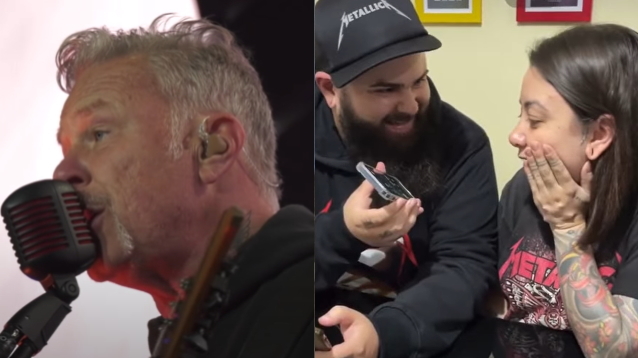 The woman who gave birth during METALLICA's concert in Brazil last weekend has received a congratulatory phone call from the band's frontman, James Hetfield.

Tattoo artist Joice M. Figueiró was 39 weeks pregnant when she attended the show Saturday night (May 7) at the Estádio Couto Pereira in Curitiba, which was part of METALLICA's six-date tour of South America.

Joice, who was seated in the accessible/disabled section of the stadium, felt well during support acts EGO KILL TALENT and GRETA VAN FLEET's performances but started having contractions when METALLICA took the stage.

Figueiro's water broke on the way to the event's outpatient clinic and there was no time to take her to the maternity hospital.

According to the tattoo artist, the band played the final song of its set, "Enter Sandman", at the moment of birth.

On Tuesday (May 10),just a couple of days after news of her baby's arrival was reported by mainstream media outlets worldwide, Figueiró shared a short video on Instagram Story in which she and her husband Jaime Figueiró can be seen receiving a phone call from Hetfield.

"This is James from METALLICA. Congratulations, you guys," Hetfield can be heard saying in the clip. "Oh my God. Hi," Joice responds. "I cry."

Joice told her Instagram followers that the phone call lasted seven minutes and that she recorded all of it. "I have no more words," she added.

In an interview with The Washington Post, Joice said about the experience of giving birth at a METALLICA concert: "It was a mix of emotions. Since it wasn't planned, I was scared that the medical team wouldn't be ready. But there's also the feeling of being able to tell people that this happened because METALLICA is one of the bands we love the most."

After hundreds of fellow fans asked her whether METALLICA would be honored in her baby's name, she told The Washington Post: "I joked that his name would be James Ulrich" — a mash-up of Hetfield and drummer Lars Ulrich. "But really, since this name question has brought up great appeal and we haven't registered him, we're thinking of maybe adding a [middle] name and putting some homage in there."

She did, however, rule out "Sandman" as a possible name.

"Remember, this is the name he'll carry throughout his whole life," she said. "He'll get bullied with the name 'Sandman.' He already has enough of a story to tell." 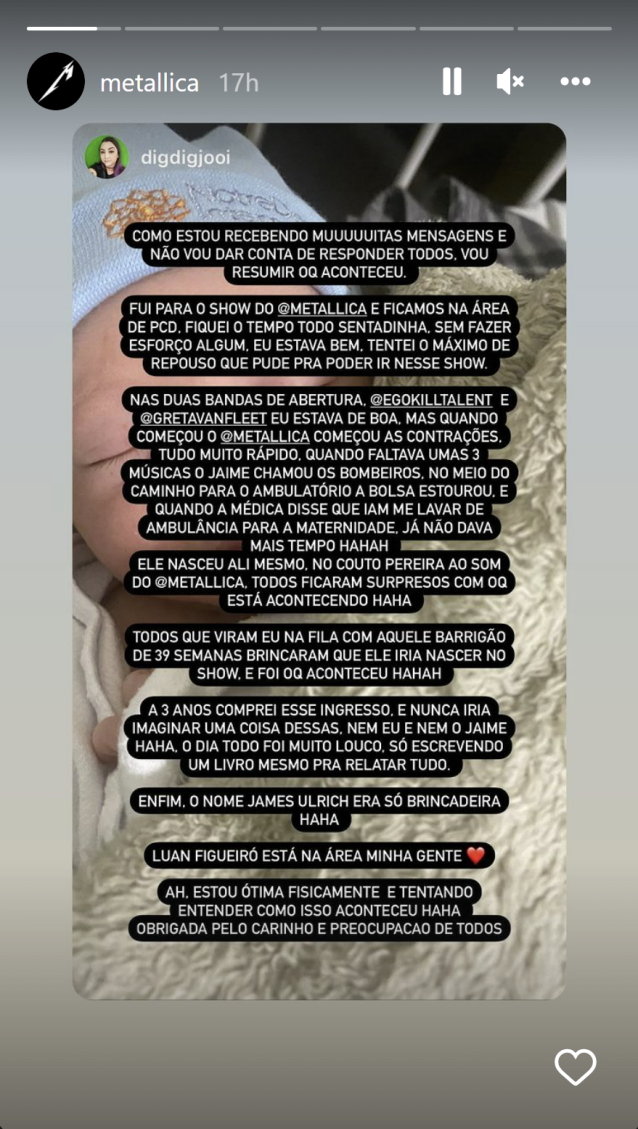 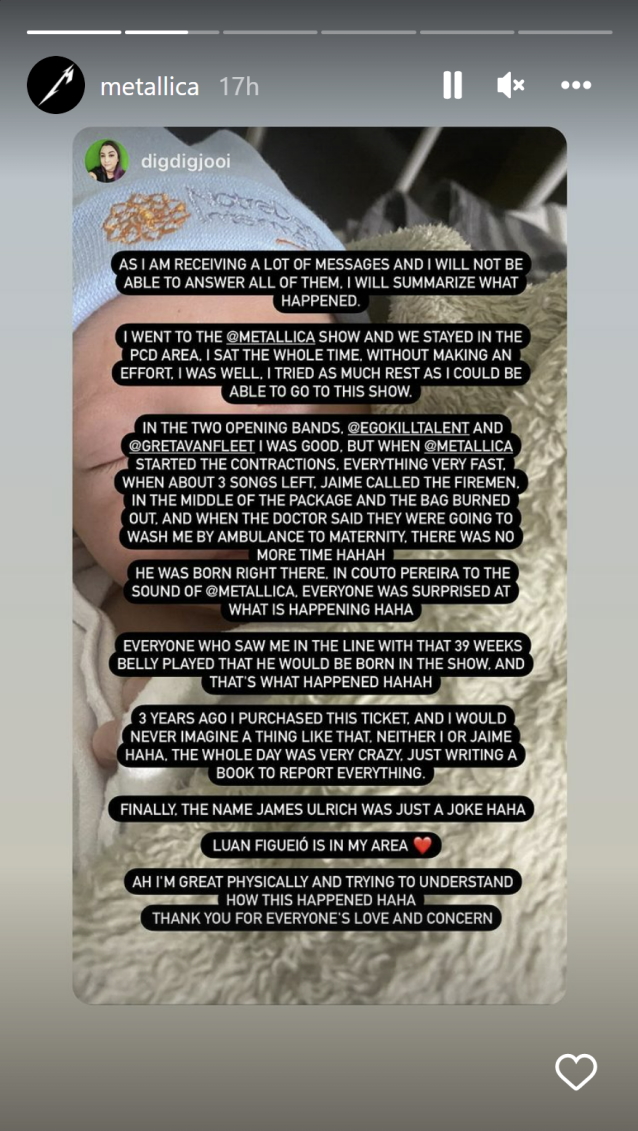