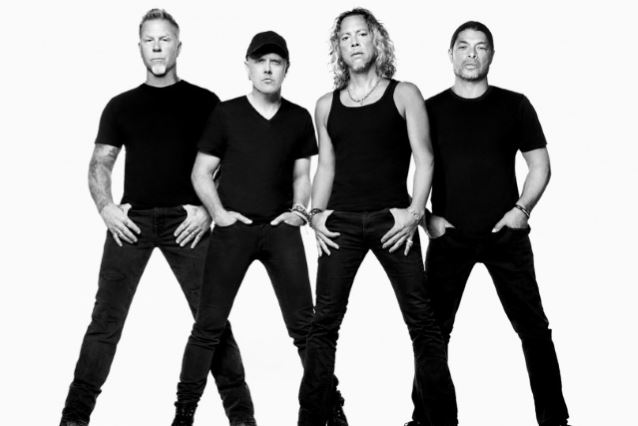 METALLICA Is Filming Music Videos For All Songs On 'Hardwired... To Self-Destruct'

METALLICA is planning to make a video for each and every track on the band's forthcoming album, "Hardwired... To Self-Destruct", Lars Ulrich has revealed. "Now that YouTube is the world's biggest television station, we figured we may as well knock a video out for every song [on the record]," the drummer told The Straits Times.

METALLICA has been filming videos in between promotions and touring for "Hardwired... To Self-Destruct", which is due on November 18

Ulrich described getting the videos done as a "giant undertaking". He said: "The practicality of shooting 12 music videos is kind of crazy, especially when you're trying to promote your record, and you're all over the place, and trying to make sure it doesn't leak. It's crazy but, at the same time, fun."

"Hardwired...To Self-Destruct" was produced by Greg Fidelman with frontman James Hetfield and Ulrich. The band recorded the disc at its own studio.

In a recent interview with Rolling Stone, Ulrich described the songs on "Hardwired... To Self-Destruct" as "simpler" than those on "Death Magnetic". He explained: "We introduce a mood and we stick to it, rather than songs we've done where one riff happens and we go over here and then over there and it becomes a journey through all these different soundscapes. The songs are more linear. And by 'less frenetic,' I mean there are certainly less starts and stops in the songs. It cruises along a little bit more than the last record."