A tradition that started a little over a year ago in Minneapolis and carried on into Copenhagen and North America in 2017, the pop-up shops feature some new and exclusive collectible items, with fans not knowing exactly who or what they will find there.

Pop-up stores, which enable artists to make their merchandise even more alluring to their key fans, were initially embraced by pop acts such as Justin Bieber but have become increasingly popular in the metal and hard rock scene, with bands like GUNS N' ROSES and AVENGED SEVENFOLD also launching pop-up shops. 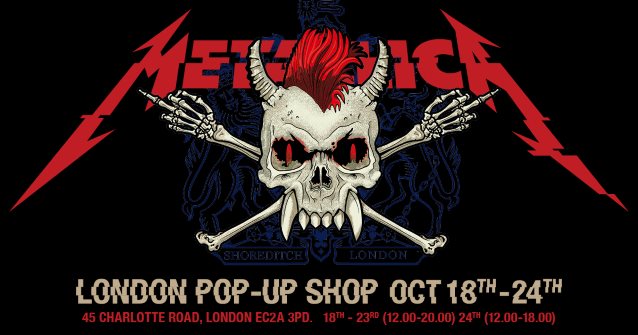