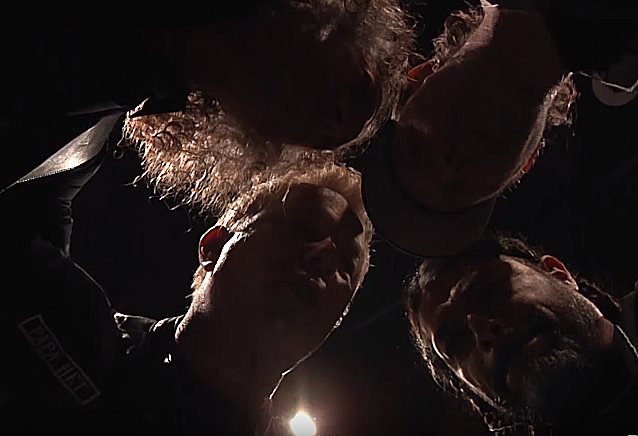 Professionally filmed video footage of METALLICA performing the song "Hardwired" on May 17 at The New Coliseum Presented By NYCB in Uniondale, New York can be seen below.

A review of the concert can be found at Newsday.com.

METALLICA was joined in Uniondale, as they will be on most of the rest of the trek, by VOLBEAT and AVENGED SEVENFOLD.

The North American run will hit stadiums in 20 more cities before ending in mid-August. METALLICA drummer Lars Ulrich told Rolling Stone that the band was genuinely surprised to learn they could still play stadiums, saying, "It was like, 'Holy fuck, people really still care about this band in ways that you stopped taking for granted literally decades ago. It was very inspiring and kind of eye-opening."

The next stop on the tour is Rock On The Range on Sunday (May 21).