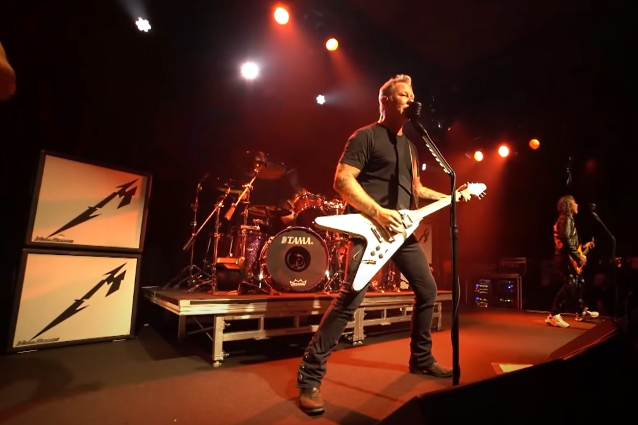 METALLICA played a special intimate concert on September 16 at the 500-capacity The Independent in downtown San Francisco. Professionally filmed performance video of the song "Creeping Death", taken from The Independent gig, can be seen below.

Prior to September 16, the band's last hometown performance was in September 2019, when it played with the San Francisco Symphony at the grand opening concert at the home of the Golden State Warriors.

This past Monday (September 20),METALLICA played a "pop-up concert" at Metro in Chicago. Tickets sold for just $19.83, a reference to the year 1983, which is when the band last appeared at Metro.