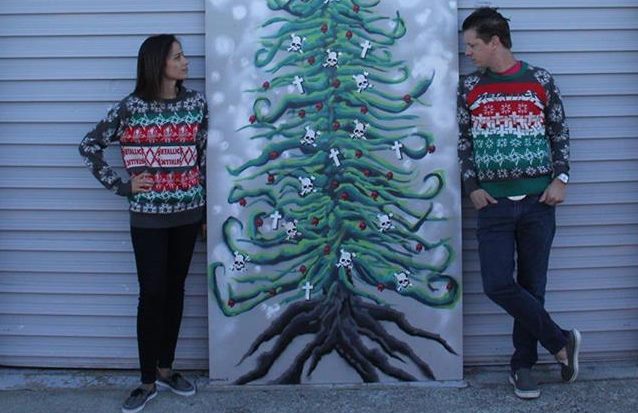 METALLICA: The Sweater That Should Not Be

METALLICA is offering its own contribution to "ugly Christmas sweater," a ubiquitous feature of the holiday season which began to sprout up in the last several decades.

The METALLICA "ugly Christmas sweater" will be available from the band's official online store.