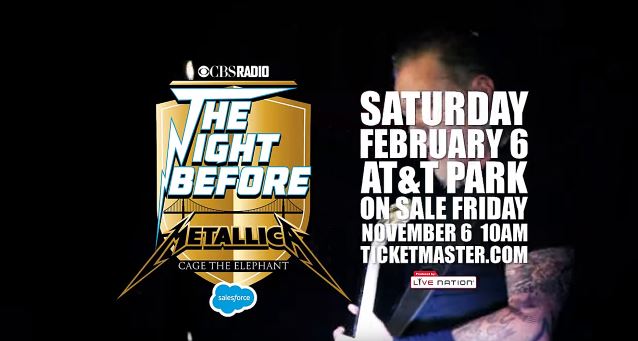 CBS Radio will celebrate the nation's most anticipated sporting event with one of the biggest-selling acts in American music history, METALLICA. Among the most influential rock bands of all time, METALLICA is set to headline CBS Radio's "The Night Before", a one-of-a-kind concert experience, the evening prior to Super Bowl 50, on Saturday, February 6, 2016 at AT&T Park, home of the San Francisco Giants.

METALLICA has reportedly been working on its tenth studio album, which will follow up 2008's "Death Magnetic".

Drummer Lars Ulrich told Rolling Stone magazine that the band doesn't want to record in a way that feels "labored over and overthought."