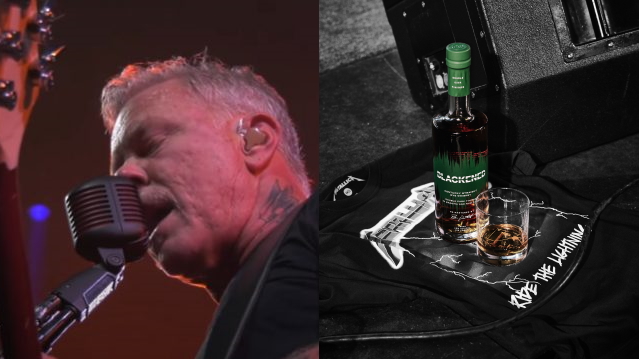 Rye The Lightning is crafted from Kentucky straight rye whiskeys aged between five and eight years and hand-selected by Blackened master distiller and blender Rob Dietrich. The whiskeys are then vatted and transferred for finishing in Madeira wine and Caribbean rum casks for two to 14 weeks each. The double cask finishing results in notes of dried fig, hay, pinewood, pear, and rum cake on the nose, and on the palate, clover honey, mint, corn husk, sugar cane, walnut, and cinnamon.

It is during the rum cask finishing that the proprietary Black Noise sonic-enhancement process is applied. The barrels are pummeled by the low hertz frequencies of METALLICA's music, and the sound waves visibly shake the finishing barrels, causing greater interaction between the whiskey and the wood, thereby extracting more flavors and colors.

The name for this release is aptly dubbed Rye The Lightning because the playlist used for the Black Noise sonic-enhancement process is "Ride The Lightning". But Rob Dietrich and METALLICA didn't want to just use the original version — they wanted to amp it up a notch. They chose a playlist consisting solely of the "Ride The Lightning" portion of METALLICA's June 2012 Orion Music + More festival setlist — the only time the band has ever played the album live in its entirety, albeit in reverse track order from the original album.

"The vibe from the crowd at the first Orion Music + More festival was electrifying," said bassist Robert Trujillo, "and it's really cool that we get to capture that energy in this release. We've used a few live songs in our playlists before, but never a full live playlist. So to be able to incorporate our fans in the Blackened journey and have them be a part of the whiskey-making process is really unique, and makes this a true collaboration."

Fans interested in hearing this rare performance of "Ride The Lightning" from back to front can now enjoy a newly remixed version exclusively through Blackened. A copy can be downloaded by scanning a QR code found at retail, following @blackenedamericanwhiskey on socials, or visiting blackenedwhiskey.com for more information.

"I absolutely love the high spice and earthy notes in American rye whiskey!" exclaimed Dietrich. "I wanted to play with those flavor profiles by bringing a symmetry of subtle flavor elements by combining not just one, but two different cask finishes to the whiskey, creating a complex balance of sweet and savory."

The packaging is emblazoned with a green soundwave to differentiate from the Blackened American Whiskey flagship and align with the historical significance of using the color green to characterize rye whiskey bottles. Rye The Lightning is bottled at 90 proof and sold for an SRP of $69.99. 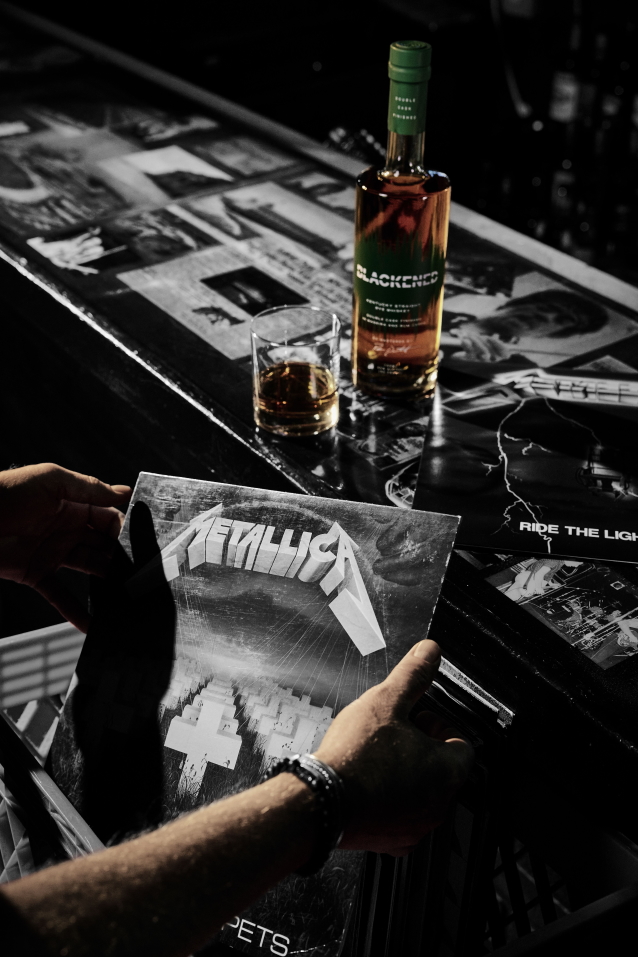