Sweet Amber Distilling Co. has announced the launch of Blackened American Whiskey's Batch 106 expression, which has been sonically enhanced to a METALLICA and San Francisco Symphony "S&M²" playlist. The "S&M²" live album, which was recorded in September 2019 during a two-night grand opening event at San Francisco's new Chase Center, recently debuted at No. 1 across Billboard's Rock, Hard Rock and Classical Albums charts.

The new Blackened batch is sold in a limited-edition box featuring a unique, original design by artist Squindo that is a rendition of the sonic-enhancement process, making it the perfect gift or collector's item. It can be purchased through Caskers.com or found at local retailers by visiting Blackened's web site.

In 2018 METALLICA and late master distiller Dave Pickerell launched Blackened, a blend of the finest North American bourbons and ryes that have been individually aged for an average of 8+ years. The blend is finished in black brandy casks while being pummeled with the low hertz frequencies of METALLICA's music. The proprietary sonic-enhancement process called Black Noise uses the movement from the sound waves to extract more flavors from the wood. The band members have normally selected the playlist used during this stage, but Blackened recently branched out to incorporate other members into the process. Namely, Blackened's Batch 100 expression was released as a commemorative box set with the playlist selected by the brand's master distiller/blender Rob Dietrich, available on two 12-inch vinyl picture discs along with the first-ever Blackened Zine. The "S&M²"-infused Batch 106 continues in this vein, allowing fans, music enthusiasts and whiskey aficionados to interact with other aspects of METALLICA's legendary career and enjoy the whiskey that is literally shaped by their music.

Batch 106 is sold both in stores and online in a commemorative box featuring original, Blackened x "S&M²" Squindo artwork to celebrate the use of the "S&M²" playlist in the sonic-enhancement process. Squindo has been working with METALLICA since 1999 creating an assortment of graphics, from posters to tour merchandise and much more. Further, those who purchase Batch 106 will have the opportunity to enter to win a limited-edition t-shirt featuring Squindo's art from the "S&M²" specialty pack. The contest begins October 14, 2020 and runs through November 14, 2020 with multiple winners selected daily.

"The 'S&M²' performances were a challenge for us," said Kirk Hammett, METALLICA's lead guitarist. "The first 'S&M' shows in 1999 were such a pivotal part of METALLICA's evolution. We knew we had to mark their 20th anniversary on an even bigger scale, but without sacrificing any of the intimacy of those shows. The reaction has been incredible, to the shows and the album, and we're thrilled to be able to bring those same 'S&M²' vibes to Blackened."

"I was actually at the arena for both nights of the 'S&M²' concert," said Dietrich. "The insane energy that exuded from both the fans and performers is unforgettable. It's amazing to bring that spirit and passion to Blackened."

The playlist features 17 songs from the world-renowned two-night event, including:

Batch 106 also marks the beginning of Blackened's Cask Strength program. A portion of the batch will be available as a Cask Strength version — the first time ever in Blackened's history. It will only be available at select Kroger Supermarket locations in Kentucky and Luekens Wine & Spirits in Florida. The brand will continue to roll out premium, limited-edition Cask Strength Blackened with each upcoming batch for the rest of 2020 and into 2021. 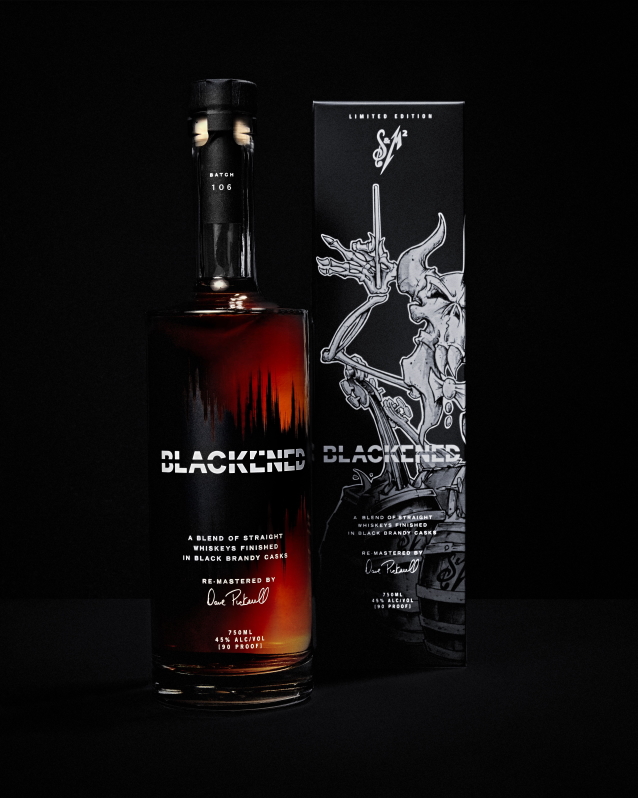