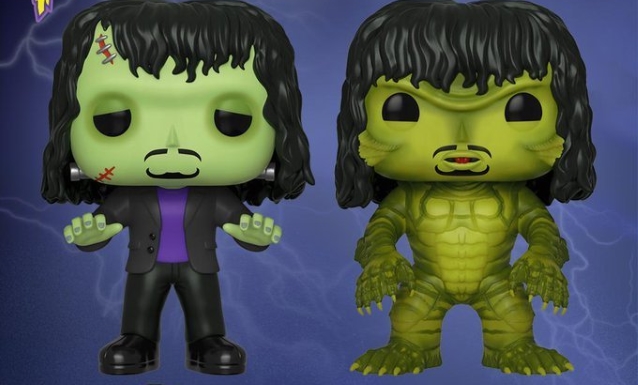 The two limited figures, which are the first in the new "The Kirk Hammett Collection," will be made available starting July 13 as part of Hammett's "It's Alive! Classic Horror And Sci-Fi Art From The Kirk Hammett Collection" horror movie exhibit at the Royal Ontario Museum in Toronto, Ontario, Canada. Only 1,008 pieces of each figure will be made available as part of the exhibit, which features 90 works that provide insight into the evolution of horror and sci-fi films and how they have played upon contemporary societal fears. The exhibition features film posters as well as collectible electric guitars, monster masks and sculptures.

Hammett has been a collector of scary movie items since he was around five or six years old and the items span the entire history of horror films from early 20th Century films like "Frankenstein" to '70s and '80s slasher movies. His collection is considered to be one of the world's most prominent archives of the movie genre's history.

"The pieces that are picked are the pieces that have the most relevance," he said. "Also I have a tendency to lean toward pieces that are more illustrative and have a certain amount of visual appeal. A movie like 'Nosferatu' is really important because it's the very first vampire movie and there's hardly any material that has survived from the '20s."