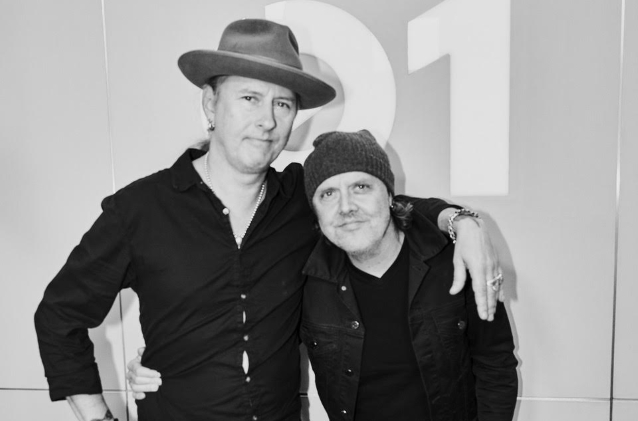 ALICE IN CHAINS guitarist/vocalist Jerry Cantrell recently joined Lars Ulrich for a special edition of "It's Electric!", the METALLICA drummer's online radio show on Apple Music's Beats 1. The two longtime friends discuss Jerry's journey from the early days of the Seattle sound to the writing of ALICE's Grammy-nominated new album, "Rainier Fog". Listen to Jerry talk the band’s reunion, dynamic, and more in a full-hour deep dive into the life of one of rock and roll's most influential and resilient artists.

Speaking about the impetus for the ALICE IN CHAINS reunion after singer Layne Staley's death, which was the 2005 Indian earthquake and tsunami that found the band getting their friends together for a concert to raise money for victims, Jerry said: "We didn't know what we were doing. And we actually asked a bunch of our friends to gig with us, and they did, like Phil Anselmo and Ann Wilson and William [DuVall]. We did gigs with our buddies and stuff, singing a few songs and stuff like that. Before Sean [Kinney, drums] called, it was an idea that I remember talking to him about a few times, and he was, like, 'No.' … We had to think about this. This is our life. We created this, and just because our friend is not here, it doesn't mean that this stuff isn't still alive and that it still speaks to people and it's still our work, and we have nothing to be embarrassed about. We have full ownership. This is us. This is what we do. And it it took a while. We just had a few conversations like that. We were, like, 'Yeah, yeah, whatever.' And then, out of the blue, this horrible tragedy happens. You saw this compassion and people kicking in to help people for the tsunami and all of these relief concerts and donations and stuff. And then Sean calls, and he's, like, 'Why don't we do a thing and we'll raise some money and we'll do it for that? We'll just do a one-time show. We'll get together and play the songs and we'll invite some friends. The band will do a couple of tunes, so and so and whatever, and we'll just invite some people down and we'll do it.' So that's how it started — with no thought of doing anything other than just that show. So we did that, and it was really intense. I mean, I kind of blacked out about half of that gig, just because of all of the emotional rawness of going through that experience and standing on the stage for first time without my buddy. The thing that made it cool was I was standing on stage with my other three buddies, so we were all doing it together. So we went through that process, and then it left a positive taste in everybody's mouth — playing the songs, even though it was kind of heavy at the same time. But it was something that was necessary to go through to spark the thought of maybe taking the next step. So there was no grand plan. It was just something that kind of like we did a thing and then we thought, 'Well, let's take another step.' And then we did another thing. And then, 'All right, we'll take another one.' And it was just that sort of incremental things, strictly going by feel, which is how this band has always operated."

Launched in May 2017, "It's Electric!" is an unscripted weekly window into the mind of Ulrich. Hear music that excites this great Dane, as well as chats with artists who inspire him... all wrapped in magnificently mindless banter!

Ulrich described "It's Electric!" as "my 16-year-old self's wet dream: doing a radio show to a worldwide audience."

He added: "We go all over the world — we look at international bands for an international audience. We don't believe in boundaries and we're open to everything.

During an interview with fellow Beats 1 host Zane Lowe, Ulrich said that his show would be "unfiltered, unscripted and completely all over the place… I've got so much stuff to share with everybody out there and a lot of stuff that's turning me on," he said. "I'm telling you, people that love great music, rock music but also hip-hop and world music and all the rest of it — there's a lot of people that talk about, 'Well, the music business is in sad shape, and it's dying,' but there's a ton of fantastic music out there, and I'm re-energized and reinvigorated and ready to share it with the world." 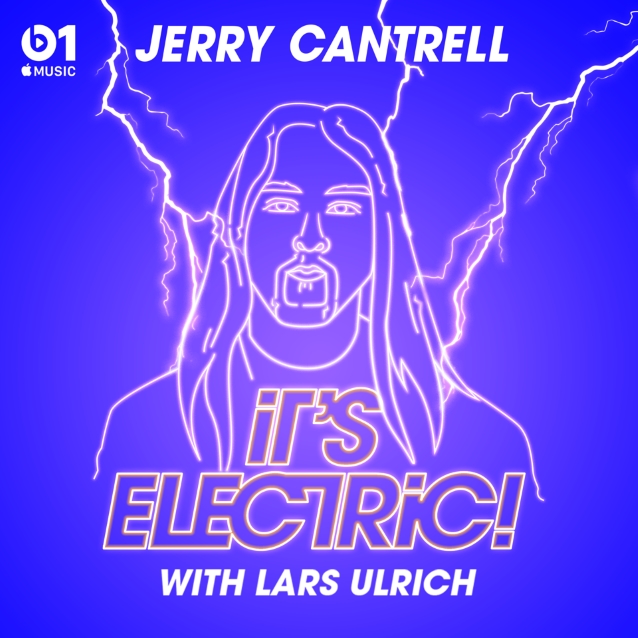