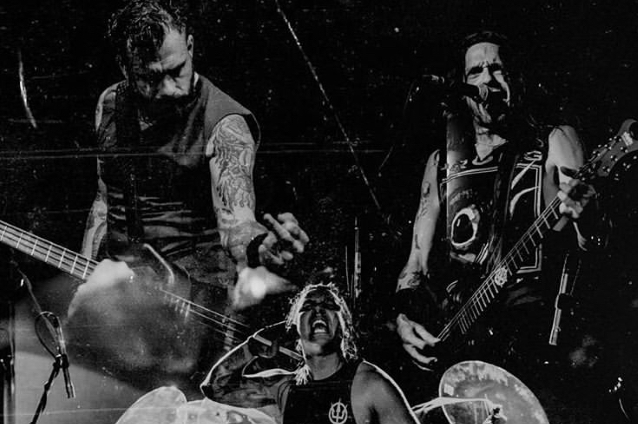 PRONG To Celebrate 25th Anniversary Of 'Cleansing' On European Tour

PRONG will celebrate the 25th anniversary of its album "Cleansing" with a limited series of intimate dates, as well as festival shows, in August in Europe. For this run, the band will consist of founding member Tommy Victor, bassist Jason Christopher and drummer Art Cruz.

PRONG will delve deep into material off "Cleansing", as well as "Beg To Differ", and will offer some surprises as well.

For the first time in PRONG history, a very limited amount of VIP upgrades will be available. Go to ProngMusic.com to find out more.

Asked by Metal Insider if he had any fond memories of making "Cleansing", Victor said: "Yeah, in the studio, there's a lot of fond memories. The preparation for it and the chaos that consumed the whole pre-production period, and I've been through it so many times in my career. Member changes, namely Troy Gregory leaving, and again the bulk of the work being thrown on me to solve all these problems while handling the business and personal matters. I remember that being extremely stressful. I think it catered to the inevitable/possible disappointment with 'Rude Awakening', and I just remembered how much work and how much sacrifices I had to make in order for those records to come into fruition. But the process was great. I mean, working with Terry Date was always a pleasure, more so on 'Cleansing'. I got to mix a record with him at Electric Lady Studios in New York, which is an experience I will never forget. We had a lot of fun with the guitar tracks, and again with PRONG, it wound up being a solitary experience. That's just the way it is. I mean, people tend to think a lot of times that when you're making records, and I guess if you're a rap artist this may not apply, you're surrounded by this posse and everyone's partying, you're in the studio listening to the same track over and over again, bringing your buddies in to hear stuff, like as if that was the '90s. It wasn't like that for PRONG at all. I was in the studio all day long with Terry, making decisions, laying guitar tracks on it, vocals, and the traveling. At that point, the budget was enough where we did sessions in multiple places. Then when you finish the mixes, there's always the mastering problem. That record was mastered four times before we settled on the brilliant mastering that we inevitably had. So, I mean, it's a great-sounding record. There is an amazing magic to that record, and a lot of that record came together by accident. It was just one of those great moments in my life."

PRONG's latest album, "Zero Days", was released in July 2017 via Steamhammer/SPV. The disc was once again produced by Victor, with trusted collaborator Chris Collier as co-producer and engineer. 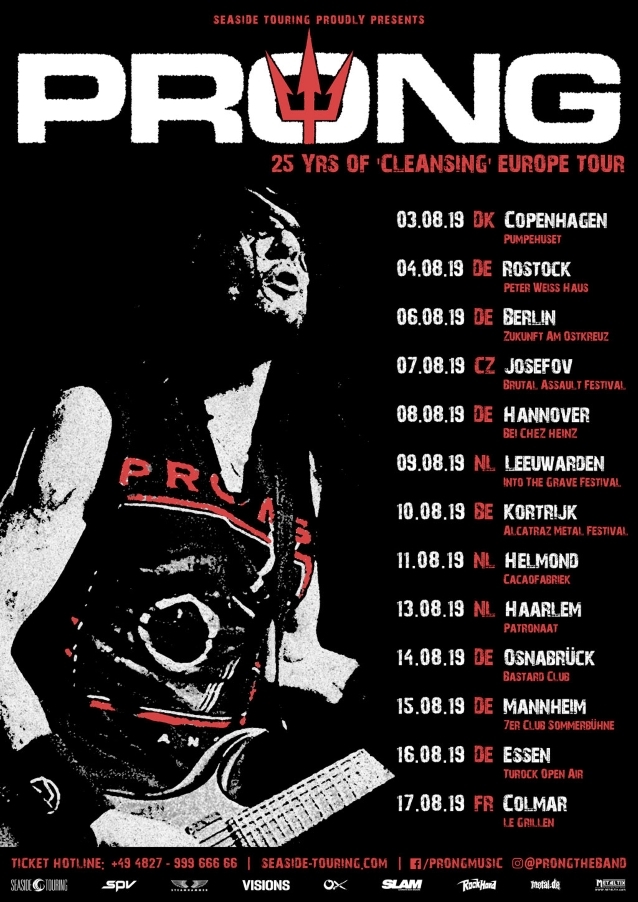