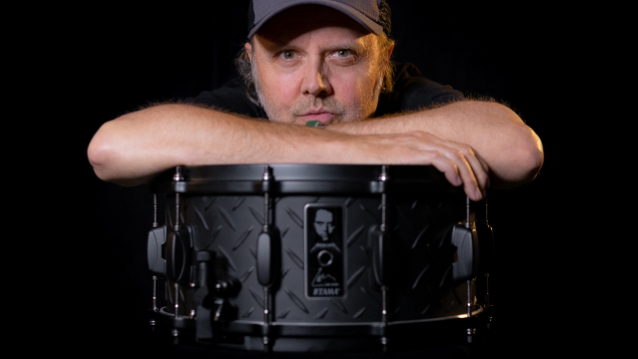 METALLICA's LARS ULRICH Pays Tribute To CHARLIE WATTS: 'He Was Such A Significant Part Of THE ROLLING STONES' Sound'

METALLICA's Lars Ulrich has paid tribute to THE ROLLING STONES drummer Charlie Watts, who died on Tuesday (August 24) at the age of 80. Speaking to Rolling Stone magazine, Ulrich said: "It hits hard on many levels. Obviously, as a STONES fan, it's sort of the end of at least an era within that band, because he was the only drummer that ever recorded with them. He was such a significant part of their sound, and an underrated part of their sound. In a band where the spotlight would go to especially Mick [Jagger] and Keith [Richards], a lot of people truly didn't understand how valuable he was. And from that side, as a STONES fan, it's a great loss."

Ulrich went on to call Watts the "driving force" behind THE ROLLING STONES. "He could kick these songs and make them swing, make them swagger, still make them have that attitude, that pocket," he said. "Seeing him do that way deep into his seventies has been such a life-affirming thing. [METALLICA are] a good 20, 25 years behind, but it's given me a lot of faith in the possibilities of what it can continue to be — music, concerts, connecting to fans, connecting to each other as a band. There's nobody above them on that pyramid, and there's nobody above Charlie on that pyramid. Of course, there are a couple of incredible jazz drummers who played into their eighties, but there's been nobody above Charlie in the rock and roll pyramid in terms of being out there and doing it."

Watts's publicist said that he "passed away peacefully in a London hospital surrounded by his family."