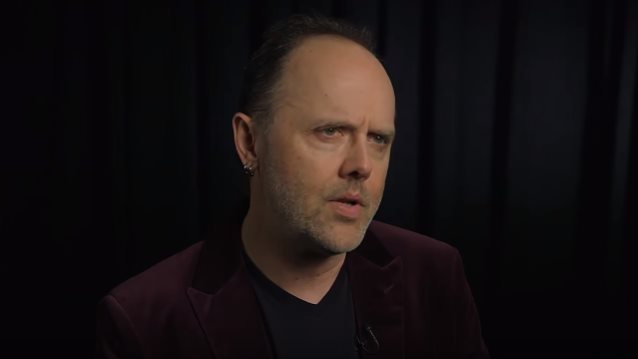 METALLICA's resident film buff, drummer Lars Ulrich, is back hosting another screening, this time of the thriller "The Neon Demon". Kick off your holiday weekend on Friday, July 1 as Lars will be joining fellow Dane, director Nicolas Winding Refn, for a question-and-answer session immediately following the 7:00 p.m. showing at the Alamo Drafthouse in San Francisco, California.

Nicolas Winding Refn is the award-winning director of critically acclaimed films "Bronson", the "Pusher" series and "Drive", among others. "The Neon Demon" tells the story of an aspiring young model (Elle Fanning) who moves to Los Angeles, but is quickly surrounded by very dangerous jealous women from the fashion world.

For more information and tickets, go to this location.

Check out 'The Neon Demon" trailer below.

METALLICA has starred in two movies of its own — the 2004 documentary "Some Kind Of Monster" and the 2013 concert film "Through The Never" — while bassist Robert Trujillo produced a documentary on legendary bass player Jaco Pastorius.

Ulrich was also seen as himself in the 2010 comedy "Get Him To The Greek" and played Dutch filmmaker Joris Ivens in the 2012 HBO film "Hemingway & Gellhorn".