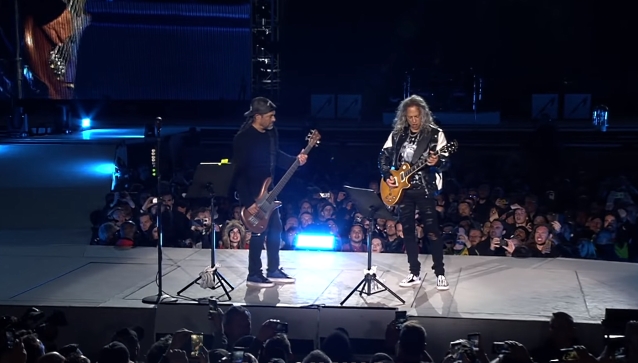 Robert Trujillo and Kirk Hammett played a cover version of Johnny Hallyday's "Ma Gueule" during METALLICA's May 12 concert at Stade De France in Paris, France. Professionally filmed video footage of the performance can be seen below.

"Ma Gueule" was part of the fun and unusual feature METALLICA added to its shows on the band's recent tours: at each stop, Hammett and Trujillo have been covering songs from some of their musical heroes — often choosing songs that are far removed from the band's traditional metal sound. The "doodles," as the band refers to them in their setlists, have been showing up right before Trujillo's solo on "(Anesthesia) Pulling Teeth". The songs are pared-down interpretations — just bass and guitar and sometimes Trujillo singing in front of music stands.

METALLICA kicked off the spring/summer 2019 European leg of its "Worldwired" tour on May 1 at the Estádio Do Restelo in Lisbon, Portugal. The band's 18-song setlist included three tracks that hadn't been performed for a number of years: "Disposable Heroes", which was last played electrically in 2015; "The God That Failed", which was aired in 2012; and "Frantic", which hadn't been heard since 2011.

"WorldWired" has played more than 130 shows across the world since its 2016 kick-off. 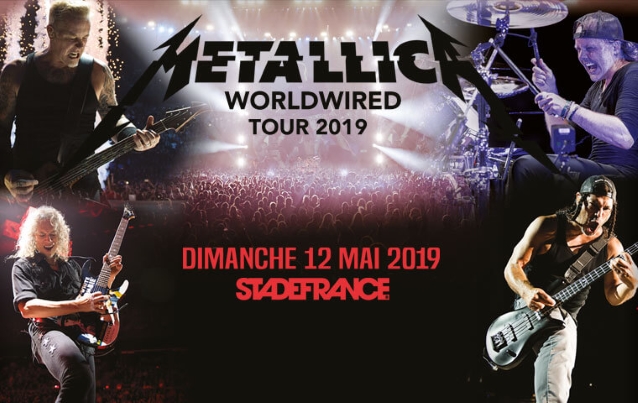