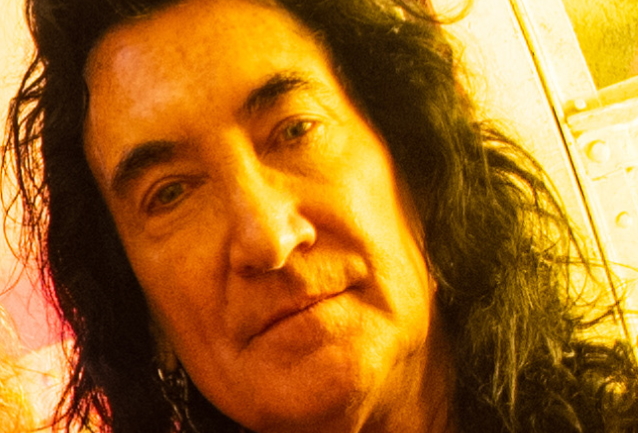 Vocalist Robin McAuley will be unable to perform with MICHAEL SCHENKER FEST on this year's 70000 Tons Of Metal cruise after being diagnosed with sepsis.

Sepsis occurs when the body launches an uncontrolled immune response to an infection, triggering widespread inflammation that can lead to organ failure, septic shock and even death.

The news of McAuley's absence from the ship was broken by the 70000 Tons organizers in a social media post earlier today.

They wrote: "Due to unfortunate circumstances we regretfully have to tell you that MICHAEL SCHENKER FEST's singer Robin McAuley will not be performing on board #RoundX of 70000tons OF METAL due to a medical emergency. We sincerely apologize that we must communicate this to you Sailors now while we are sailing in the beautiful Caribbean on our way to Cozumel.

"Robin was on the way to the airport ready to join us when he fell ill. He was rushed to the hospital and was diagnosed with sepsis. We were hoping to have him join us on board while we docked in Cozumel and we made great efforts to try to bring this to reality.

"The Medical Professionals who diagnosed him with this ordered that he must remain in the hospital so that he can recover to full health.

"Robin was very excited to perform on board Round X and expresses his utmost disappointment that he is not able to partake in the festival to perform two hard-hitting concerts for you, but wishes all of us on board a happy and safe sailing.

"MICHAEL SCHENKER FEST will still be performing twice on board with Gary Barden and Doogie White on vocals as well as a World Class compliment of supporting musicians.

"Get well soon, Robin, from everybody on the cruise!"

Sailors, may we have your attention please.

Due to unfortunate circumstances we regretfully have to tell you that...