MICHAEL SCHENKER Says He 'Tried' Collaborating With DAVID COVERDALE In Early 1980s: 'I Didn't Really Want To Do It'

UFO and MSG legend Michael Schenker has revealed for the first time that WHITESNAKE frontman David Coverdale wanted the German in his band — and the two musicians even jammed together with a view to forming a group.

Speaking to Rock Candy magazine for the cover story of the latest issue, Schenker told writer and editor Howard Johnson: "Back in the early '80s, when I had the MICHAEL SCHENKER GROUP, my manager at the time, Peter Mensch, believed we needed a new singer to replace Gary Barden. I'd picked Gary for a reason, but Peter wanted to take the band to the next level and he wanted David Coverdale to work with me.

"Coverdale probably asked Mensch to get me and [drummer] Cozy Powell and [bassist] Chris Glen over to WHITESNAKE to replace Bernie Marsden and Micky Moody and whoever else was in that band at the time. I think that was the idea, but I didn't want to let go of MSG. I said, 'No, you ask Coverdale to join us.'

"You know that song 'Dancer' from the MSG 'Assault Attack' album? I actually jammed that song with Coverdale. I already had the music and he sung it differently, with some different words. So we tried something, but I didn't really want to do it."

The Schenker/Coverdale collaboration didn't work out, and Michael eventually recruited former RAINBOW singer Graham Bonnet to front MSG. But the idea of these two rock greats forming a band together can only leave rock fans wondering about the potential of what might have been.

Read the whole of this revealing article in issue 18 of Rock Candy magazine, available in shops worldwide or direct online at this location.

Schenker had previously claimed that he turned down an opportunity to join Ozzy Osbourne's group after the death of Randy Rhoads. "I was tempted to do it," the German guitarist said in a 2019 interview. "I said, 'How can I get away from this?' And then Cozy [Powell, then-MICHAEL SCHENKER GROUP drummer] was saying, 'You can't do this. We're doing 'Assault Attack' now. We just got Graham Bonnet.' And I thought, 'I'll just ask him for the impossible. He [will] say no.' And that's what I did. So I asked for the impossible with the hope that he would say no. And then I was off the hook."

Schenker had also said that he was asked by Lemmy to join MOTÖRHEAD as the band's first guitarist and was approached by AEROSMITH to replace Joe Perry in 1979. He also claimed that he was asked to audition for THE ROLLING STONES shortly after he arrived in London to join UFO in 1973.

He told The Bigfoot Diaries in a 2011 interview: "AEROSMITH, Ozzy Osbourne or any other band with history was not good for me. It would always mean that I would have to learn other guitarist's riffs. And that was not what I wanted. I was born to create and invent." 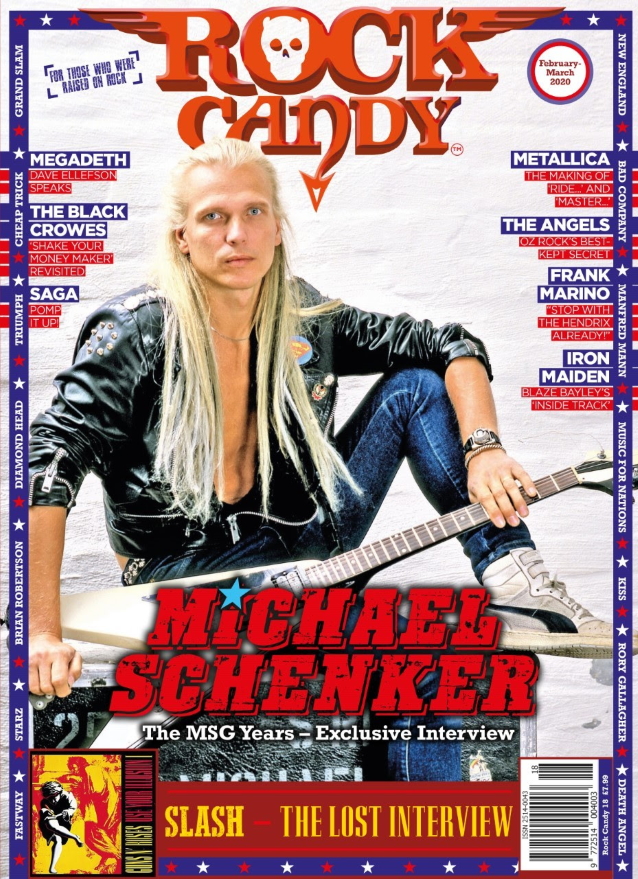