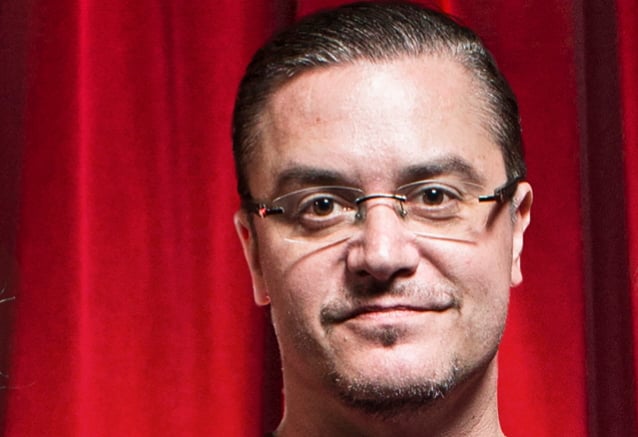 MIKE PATTON Opens Up About Mental Health Issues That Caused FAITH NO MORE Concert Cancelations: 'I Just Freaked Out'

Last September, FAITH NO MORE scrapped all of its previously announced fall 2021 performances, saying singer Mike Patton was unable to perform as hoped due to mental health issues, partially exacerbated by the pandemic. The other members of FAITH NO MORE issued a statement expressing their disappointment about the tour cancelation while also throwing their support behind their bandmate.

In a new interview with Rolling Stone, Patton opened up about the issues that caused the cancelation of FAITH NO MORE and MR. BUNGLE's live appearances, saying: "It's still going on — but it's better. [Pauses]. It's easy to blame it on the pandemic. But I'll be honest, man: At the beginning of the pandemic, I was like, 'This is fucking great. I can stay home and record.' I've got a home studio. So I was like, 'Yeah, what's the big deal?' And then something clicked, and I became completely isolated and almost antisocial [and] afraid of people. That sort of anxiety, or whatever you want to call it, led to other issues, which I choose not to discuss. But I got some professionals helping me, and now I'm feeling better and getting closer to diving back in. Towards the end of the year, I'll be doing my first shows in, like, two years, which is the longest time since I started doing this, that I've been out of the game."

Asked to elaborate on the "other issues" that led to the cancelations and whether that included "substances" and "alcohol", Patton said: "It was a little bit of everything. But mostly, in my experience, it was mostly mental. I saw some therapists and all that stuff, which is the first time I ever had to do that in my life. And they basically diagnosed me as having agoraphobia; like, I was afraid of people. I got freaked out by being around people. And maybe that was because I spent two years basically indoors during Covid. I don't know. Maybe it reinforced feelings that I already had. But just knowing about it, talking about it, really helped."

Mike said that he realized he had a problem "right around the time that FAITH NO MORE was about to go back on the road. That's when I kind of lost it, and it was ugly and not cool," he said. "A few days before we were supposed to go on the road. I told the guys, 'Hey, man, I don't think I can do it.' Somehow my confidence was broken down. I didn't want to be in front of people, which is weird because I spent half of my life doing that. It was very hard to explain. And there were some broken feelings on both sides about it, but it's what I had to do. Because otherwise something really bad could have happened… It was right before our first rehearsal, and I just freaked out. I just said, 'I can't do it.' They had been rehearsing so [pauses] if I were them I'd be really pissed off at me. And they were. And they probably still are. But it's just about being true to yourself and knowing what your limits are. And I knew that if I kept pushing, it could have been some sort of disastrous result. It was just like, 'Goddamn it. Maybe I don't need to do this. Even though I agreed to do it, and it's gonna bum a lot of people out. I gotta take care of myself.' So I'm getting better at that."

As for where things stand with FAITH NO MORE now, Patton said: "Radio silence. [Laughs]. I don't know. We may reschedule stuff; we may not. I'll just leave it at that. It's a little confusing and complicated. So if we do, we do. If we don't, that's cool, too."

Patton is scheduled to make his return to the live stage in December with MR. BUNGLE in South America.

FAITH NO MORE initially reunited for touring purposes in 2009, 12 years after issuing its previous studio set, "Album Of The Year", and followed that up with 2015's "Sol Invictus".

Back in April 2020, at the very start of the coronavirus pandemic, Patton told Rolling Stone about his life in quarantine: "Although I am lucky enough to hopefully survive this, I have had an entire year of tours canceled, between different bands, and that certainly does weigh on me, the bands I'm working with, and obviously the fans who may or may not have purchased tickets! So … basically, it sucks. But personally, this lockdown lifestyle is not terribly different from my normal routine, as I'm quite hermetic and private. But sometimes it does resonate deeper — like, when you want to hit a restaurant with family or friends. No. What do we do? We adapt or die."