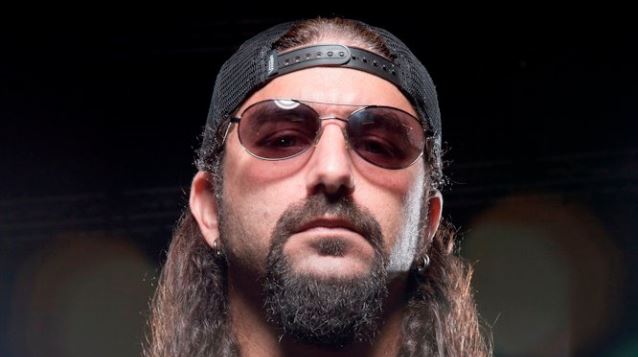 MIKE PORTNOY: 'My Problem Is That I Care Too Much And I'm Too Honest'

Drummer Mike Portnoy (THE WINERY DOGS, DREAM THEATER, AVENGED SEVENFOLD, ADRENALINE MOB) was interviewed on the latest edition of "The Classic Metal Show", which is heard live on Saturdays from 9 p.m. to 3 a.m. EST at TheClassicMetalShow.com. You can now listen to the chat using the audio player below.

Asked why he bothers still answering DREAM THEATER-related questions in interviews when he seems to get criticized no matter what he says, Portnoy replied: "Because when I get asked it, and then I say, 'I don't wanna talk about it,' then that's what goes in print and that becomes the headline and then I'm still a bad guy; there's no winning."

He continued: "My problem is that I care too much and I'm too honest; to be honest, that's the problem. I wish I could say I have thick skin and I don't give a shit what people say, but the reality is I do care what people say, and I've always been that way. I read the Internet, and I care what the fans have to say, and when they tear me apart, I wish I could say it doesn't bother me, but the reality is I'm human. I guess that's the bad that comes with the good. The good is that I do care and I read the Internet and I try to be a very fan-oriented artist. But the bad that comes with that is that I'm also subject to all the ridicule and the criticism and things like that.

"So, what can I say?! It is what it is, and I try my best to ignore it and try to… The reality is that for every one person that tears me apart and hates me, I see 99 other people that are supportive and get it and are behind me. And I guess that's what I really need to focus on and appreciate."

Portnoy played on AVENGED SEVENFOLD's 2010 album, "Nightmare", following the death of that band's drummer, Jimmy "The Rev" Sullivan, and toured with them for the entire second half of that year.

Portnoy announced his departure from ADRENALINE MOB in June due to "scheduling conflicts." A replacement drummer has not yet been announced.

THE WINERY DOGS' self-titled debut album sold around 10,200 copies in the United States in its first week of release to land at position No. 27 on The Billboard 200 chart. Released in North America on July 23 via Loud & Proud Records and in Japan on May 15 via Victor Entertainment, the CD was mixed by Jay Ruston, who has previously worked with ANTHRAX, ADRENALINE MOB, STONE SOUR and STEEL PANTHER.