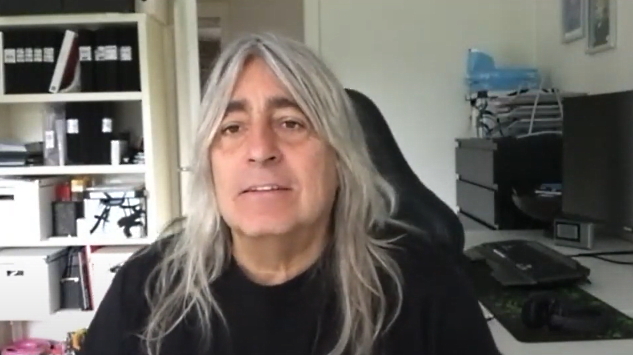 MIKKEY DEE: 'When RONNIE JAMES DIO Passed Away, It Felt Like A Disaster'

In a new interview with Noise11.com 's Paul Cashmere, MÖTÖRHEAD drummer Mikkey Dee was asked if it's nice to see so many musicians around the world paying tribute to iconic MÖTÖRHEAD leader Ian Fraser "Lemmy" Kilmister in the years following his death. He said (as transcribed by BLABBERMOUTH.NET): "Absolutely. It's what it is. Most of us are just great friends out there. We love what we're doing. We have the same vision. We have the same mentality — most of us — and just trying to have a good time entertaining the crowd and enjoying ourselves along the way. That's how it is.

"Of course, when a colleague passes away, you do whatever you can," he continued. "I mean, it's so final. I remember when Ronnie [James Dio] passed away, it felt like a disaster. And then, one after the other keeps popping off this planet. And what can you do? You can just honor the person as good as you can."

"Lemmy" will will follow Kilmister's life growing up in Stoke-on-Trent, becoming a roadie for Jimi Hendrix and a member of seminal psychedelic rock band HAWKWIND before forming MOTÖRHEAD.