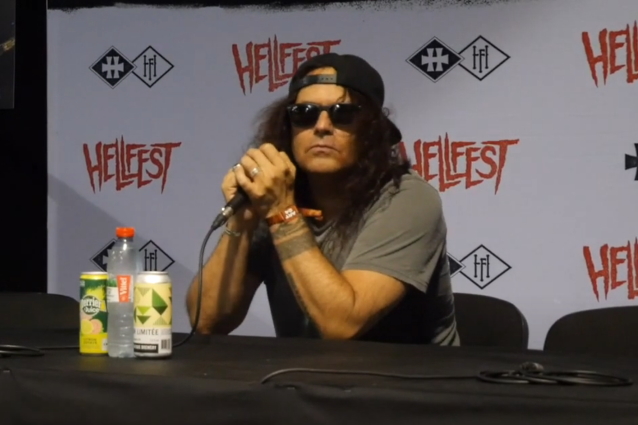 During his press conference earlier today (Friday, June 24) at Hellfest in Clisson, France, Mille Petrozza of German thrash metal veterans KREATOR was asked if there are any plans for him and his bandmates to celebrate the 40th anniversary of their debut album, "Endless Pain", in 2025. He responded (as transcribed by BLABBERMOUTH.NET): "I don't think we're one of those bands that really celebrates anniversaries so much. I'm totally aware of the fact that it's gonna be four decades very soon, but we haven't planned anything. But maybe we'll do something — I don't know; I don't know, really. Something might happen, but at this point we're busy playing, getting back into the groove. Because like all the bands, we haven't experienced live music for so long, but in '25, if things go well, we'll be back on track. So maybe there will be something. But nothing has been planned yet."