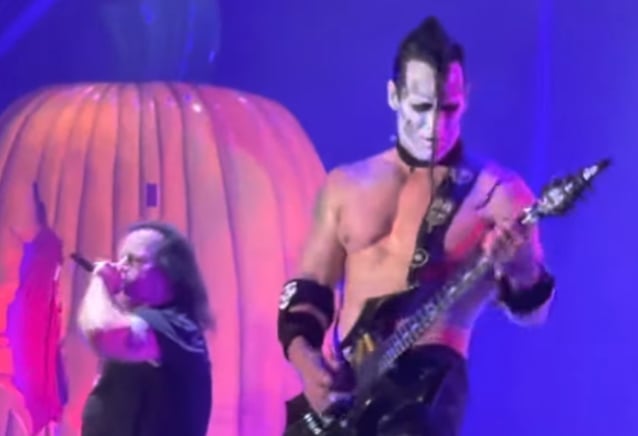 Legendary punk rock band MISFITS will ring in the New Year with a concert on December 31 at the Michelob Ultra Arena in Las Vegas, Nevada. The MISFITS, featuring original singer/songwriter Glenn Danzig and original bassist Jerry Only with Doyle Wolfgang Von Frankenstein on guitar, will be joined by very special guests CIRCLE JERKS and TIGER ARMY. Tickets will go on sale on Friday, October 7 at 10:00 a.m. PT. A presale will launch on Wednesday, October 5 at 9:00 a.m. PT / 12:00 p.m. (noon) ET. Use password "HELLVEGAS" to be among the first to score tickets to this important moment in the MISFITS legacy of brutality.

Last month, MISFITS headlined Riot Fest 2022 in Chicago, performing their landmark first album "Walk Among Us" in full for its 40th anniversary.

Since then, the original lineup of the MISFITS has reunited for scattered dates, with the next one scheduled to take place on Saturday, October 29 at Dos Equis Pavilion in Dallas, Texas.