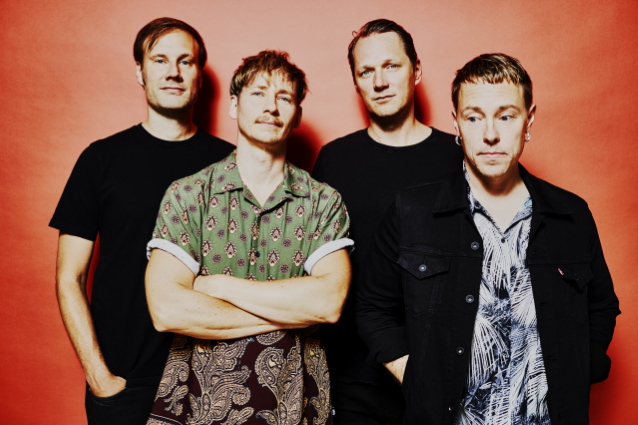 A build-up of tension, a "rubber band stretched too far" according to Hakila, released with a flash as the chorus takes over, "Blood Looks Cool" has a very specific target in mind.

"'Blood Looks Cool' is a song for outsiders," says Malja. "For those who feel they don't belong. It's a positive fight song about social otherness."

Previously, the Finnish four-piece had raised the curtain on the project with debut single and video "Big Bang", a song with a feeling of timelessness that will go on to permeate the band's upcoming releases, and moulds the shape of a bright future for the "true 21st century rock band."

Seppälä announced his decision to join MOON SHOT exactly a year ago, writing in a social media post: "When the decision to quit with BODOM became real in the end of spring 2019, I wasn't determined to do anything new as a musician. This might sound naïve, but I always thought I couldn't play anything else than BODOM, I was pretty sure nothing would inspire me enough. But then the most unexpected thing happened; the news about my situation reached these certain three guys who were brainstorming in Helsinki to find a perfect fit for bass in their brand new group.