According to MusicTAP, Sanctuary Records will release four two-CD "deluxe edition" albums by MOTÖRHEAD on January 27. The details are as follows:

* "Ace of Spades" will contain an added disc with "Dirty Love", a B-side to "Ace of Spades", 11 outtake alternate versions of songs from the album, and a three-song "Jensen Sessions" live set (BBC);

* "Bomber" gets an extra disc that contains "Over the Top", a B-side track, along with four alternate versions of album cuts, and five live performance tracks;

* "Iron Fist" will add a disc that features "Remember Me, I'm Gone", a B-side to single "Iron Fist", as well as 15 live performance tracks from a 1982 show at the Maple Leaf Gardens in Toronto;

* "Overkill" comes with a bonus disc of tracks that include a non-album A-side single of "Louie Louie", the "Too Late, Too Late", B-side of "Overkill", "Tear Ya Down", a B-side of "Louie Louie", and "Like a Nightmare", the B-side to "No Class". In addition, there are three alternate version tracks ("Louie, Louie", "Tear Ya Down", "Like a Nightmare"),an instrumental ("Tear Ya Down"),a three-track in studio live "Peel Session" set (BBC),and a six-track live set "In Concert Special" from BBC Radio One (1979). 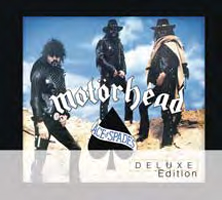 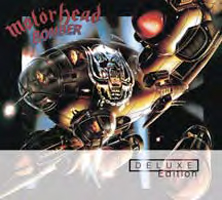 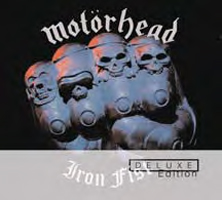 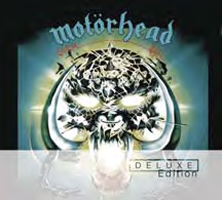