According to Townsend Music, the 30th-anniversary deluxe-edition box set of MÖTLEY CRÜE's "Dr. Feelgood" album will be made available on April 10.

2019 saw not only the release of MÖTLEY CRÜE's critically acclaimed biopic "The Dirt", but also marked the 30th anniversary of "Dr. Feelgood".

Celebrating the legacy of the most notorious rock band of all time, this reissue will be available in a deluxe box set edition that contains a green vinyl LP, digipak CD, three seven-inch picture discs, a coke bottle, deck of cards, prescription notepad, drumstick pens, pins, guitar picks and band aids, all housed inside a leatherette satchel.

With charting hit singles including "Dr. Feelgood", "Kickstart My Heart", "Without You", "Don't Go Away Mad (Just Go Away)" and "Same Ol' Situation (S.O.S.)", "Dr. Feelgood" has been the band's biggest album to date. The record has sold more than six million copies in the U.S. alone going six times platinum, is certified three times platinum in Canada, gold in the U.K. and in Switzerland and spent 109 weeks on the Billboard 200 chart, peaking at No. 1. The band also earned Grammy nominations for "Dr. Feelgood" (1990) and "Kickstart My Heart" (1991) in the "Best Rock Performance" category and won "Best Hard Rock/Heavy Metal" album for the record at the American Music Awards (1991).

In addition to being the biggest album of the band's career, "Dr. Feelgood" has had a tremendous effect on pop culture. Inspired by bassist Nikki Sixx's near-death overdose, the autobiographical "Kickstart My Heart" dives into the band's sobriety. Over the last 30 years, Sixx has used his platform to be a part of the drug awareness and recovery conversation, an issue which continues to be relevant today more than ever.

Says Sixx: "After feeling robbed of a No. 1 album with 'Girls Girls Girls', the band was hell bent on topping ourselves on every level. Bringing in Bob Rock to produce and push us musically and lyrically was just what the doctor ordered… The band was clean, lean and sober and this album has some of our proudest work."

MÖTLEY CRÜE has not only influenced musical trends, but has also played a key role in the fashion culture of the '80s. Their iconic imagery continues to be a staple with rock apparel and fashion brands. 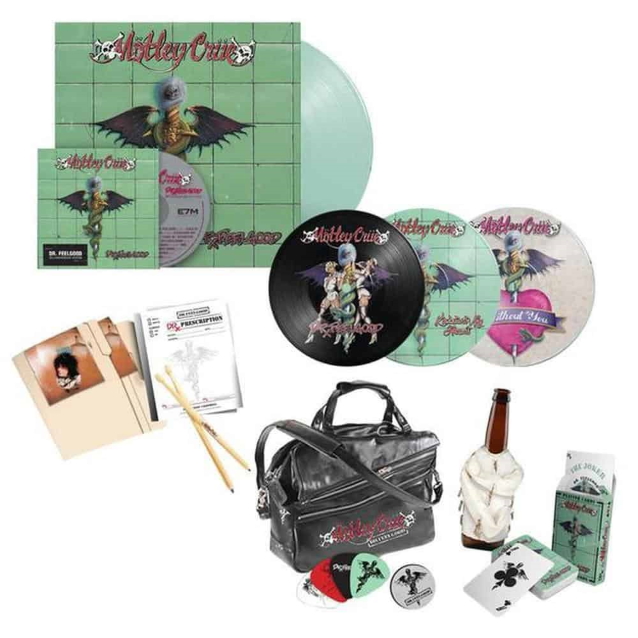