Brokker, a Japanese company that specializes in crafting 85mm music figurines, has released new collections from METALLICA, SEX PISTOLS and RAGE AGAINST THE MACHINE.

METALLICA: These figures are accurate models of the band circa 1986, the year the group's third album, "Master Of Puppets", was released. The band's wardrobe and instruments have been faithfully reproduced, down to the taping on Lars Ulrich's drumsticks. As always, the figures are officially licensed by the band themselves.

SEX PISTOLS: These figures are faithful reproductions of the "God Save The Queen" stage costumes. All details and accessories are independently molded and meticulously reconstructed. Sid Vicious's chain necklace, known as "Sid Chain" among fans, and other details like the band members’ instruments are perfected.

RAGE AGAINST THE MACHINE: Brokker has been approved to release the first-ever officially licensed RATM figures that includes all four members as a band. The band's look during their eye-opening performance at Woodstock '99 has been faithfully recreated. No detail was spared in recreating their instruments. At Tom Morello's feet is a /b>DigiTech-approved "Whammy" pedal that is crucial to his distinctive style.

Pre-orders for all three sets can be placed at this location.

Please note that these items are only available to customers in Japan, the United States, and the United Kingdom.

Coming in May 2020 is a MÖTLEY CRÜE collection: The band's legendary performance at the 1988 Moscow Music Peace Festival is depicted in incredible detail and depicts the era of MÖTLEY CRÜE which coincided with the band's 1989 album release of "Dr. Feelgood". Nikki Sixx, Mick Mars, Tommy Lee and Vince Neil will all be featured as new additions to the Brokker collectible series.

The MÖTLEY CRÜE Brokker figures are officially licensed. These statues are created in 90mm scale, making the average height of each approximately 3.5" tall and include microphone, guitars, bass and drumsticks. 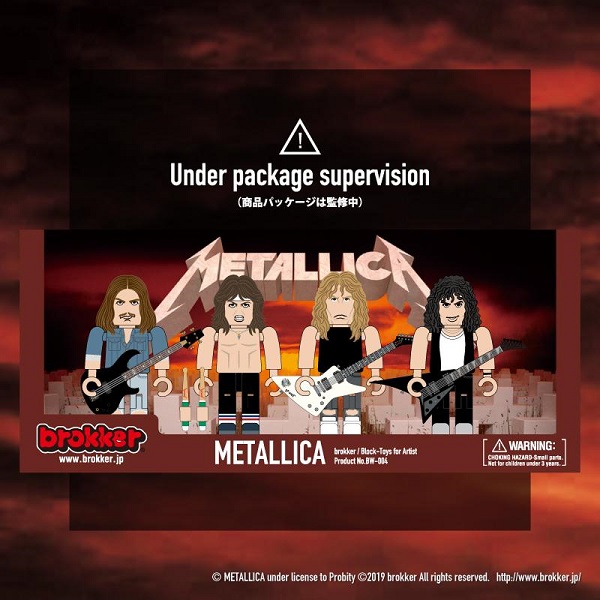 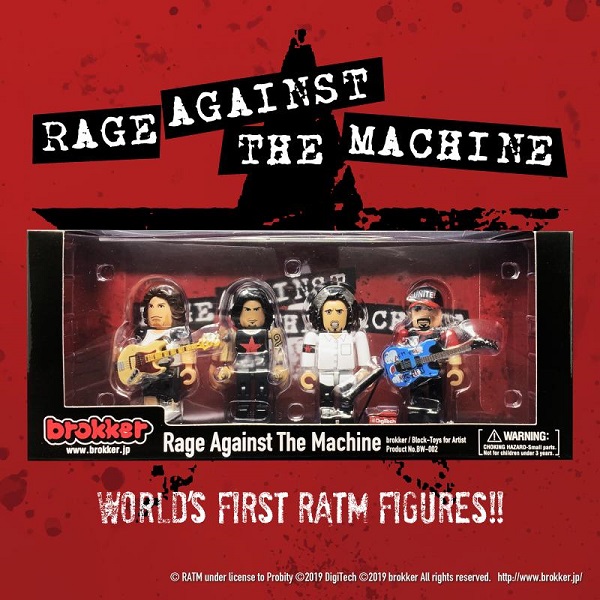