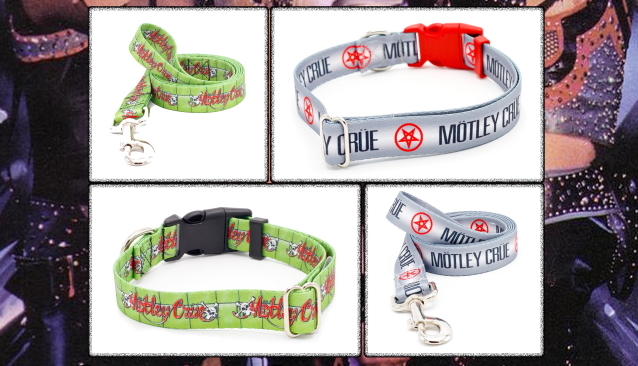 Caninus Collars has announced its new line of branded dog collars featuring designs from legendary metal bands MÖTLEY CRÜE, MOTÖRHEAD and SLAYER. The latest designs add to their growing collection of branded pet accessories, which already include JUDAS PRIEST, MISFITS and SICK OF IT ALL.

CANINUS originally began in 2001 as the first ever dog-fronted grindcore band. Singers Budgie and Basil (RIP) were both pitbull mixes rescued from shelters in the New York City area. CANINUS gained notoriety after releasing a CD and several split seven-inch singles, and were featured in several magazines and mentioned on "The Howard Stern Show" multiple times. Now the Caninus Collars brand has partnered with some of the most iconic names in rock and roll to let your puppies stroll in style.

The driving force behind Caninus is Rachel Rosen, a.k.a. Belle Molotov in the original dog-fronted lineup. She has spent the last 25 years playing guitar and bass for multiple hardcore bands, the most well-known being INDECISION, MOST PRECIOUS BLOOD and, of course, CANINUS. Rachel's other passion is animal rescue, where she has been working hard for the last 15 years, volunteering her time at shelters, fostering dogs, taking photos for Petfinder as well as adopting her own crew of rescue dogs over the years.

The idea for Caninus Collars came to Rachel as she searched for more alternative style collars for her own dogs. Leaning towards skulls, tattoo styles drawings and Dia De Los Muertos themes, she knew she wasn’t the only one looking for something different. She spent much of her early days sewing special collars for her dogs, as well as the ones at the shelter she volunteered at, to help get them adopted. The company grew over time and found a niche in creating unique and alternative style collars.

Caninus Collars became the first company officially licensing designs from hardcore and metal bands to create pet collars for both dogs and cats, starting with hardcore veterans MADBALL in 2016. The lineup now adds MÖTLEY CRÜE, MOTÖRHEAD and SLAYER to their roster for a selection of metal gear that would make any dog "shout at the devil."

In addition to exclusively licensed band collars, Caninus Collars continues to offer over 80 different fabric wrapped nylon collars, with new designs being offered every year and with options to customize hardware and buckle color on their website. They continue to give back to shelters and rescues by donating collars and leashes, and everything is handmade in Orange, California. 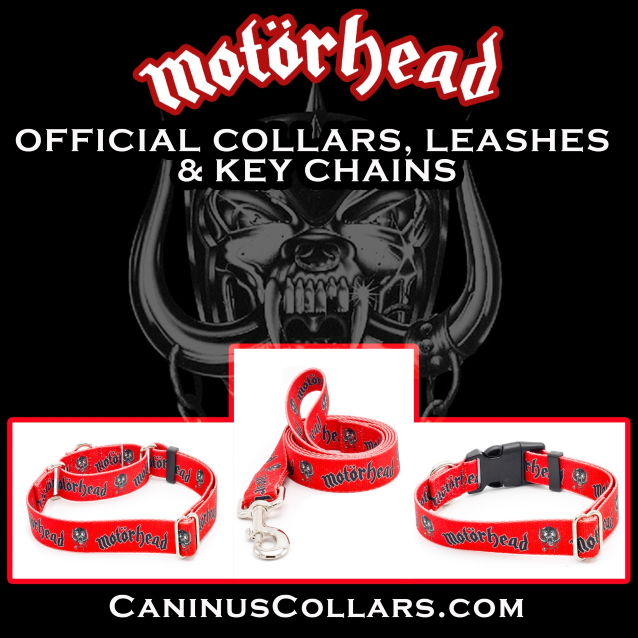 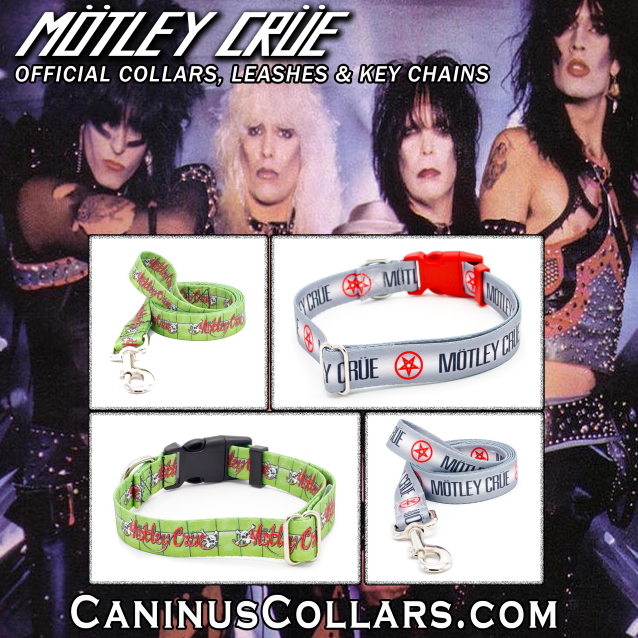 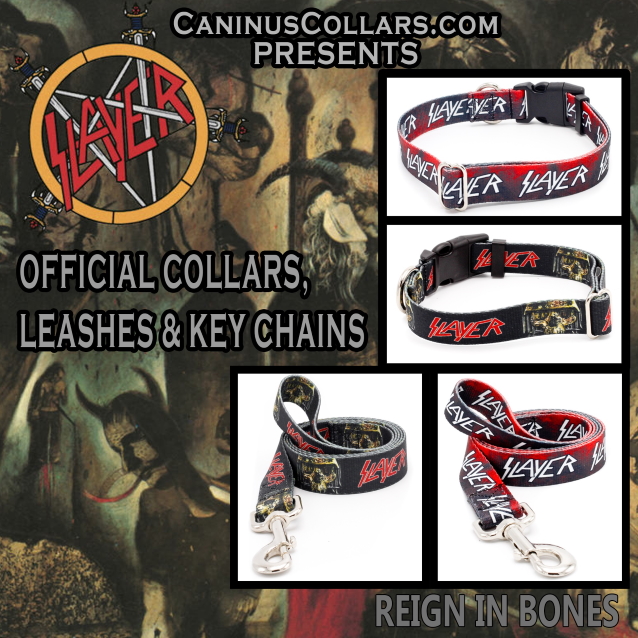