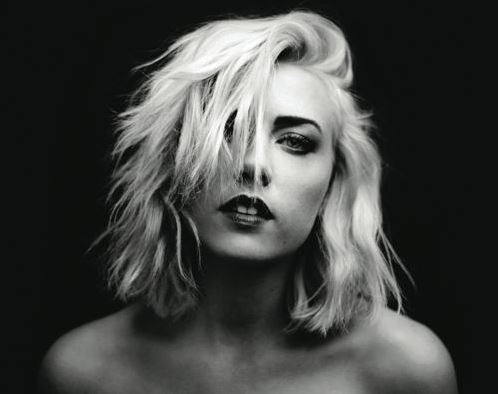 "I've always been a fan of the '80s and particularly hair metal," Lankes told SPIN. "There are so many great lyrics and melodies from that era and dressed up a little differently, they can still be a really great pop song. 'Too Young to Fall in Love' is an earlier cut from MÖTLEY CRÜE, but it's one of their best. I'm so drastically different as an artist from their sound but the challenge of making it my own is what makes doing a cover song fun."

The CRÜE cover is the seven-inch flip side to Lankes's pop single "Down For Whatever", which is out via B3SCI Records.

In a posting on the MÖTLEY CRÜE Facebook page, Nikki Sixx, Vince Neil, Tommy Lee and Mick Mars praised Lankes's version of their song. They wrote: "We support other artists' interpretations of our music... This is a cool version... These are some pretty raw lyrics as well... Good job, Chelsea."