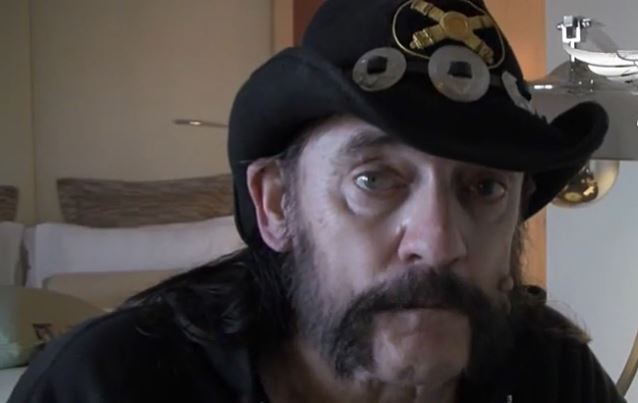 According to NME, MOTÖRHEAD's classic 1980 track "Ace Of Spades" has re-entered the U.K. Top 20 less than two weeks after the death of the band's iconic frontman Lemmy Kilmister.

In the wake of Kilmister's passing, a group of fans worked together to try to send "Ace Of Spades" to the top of the U.K. singles chart.

The effort was mounted by a Facebook fan community where admins urged supporters to download and stream the track as often as possible starting at the stroke of midnight on January 1.

However, the song has now peaked at No. 13, having previously reached No. 15 when it was first released in 1980.

Lemmy, who just celebrated his 70th birthday on Christmas Eve (December 24),learned two days later that he was afflicted with an aggressive form of cancer. He died on December 28 in Los Angeles.