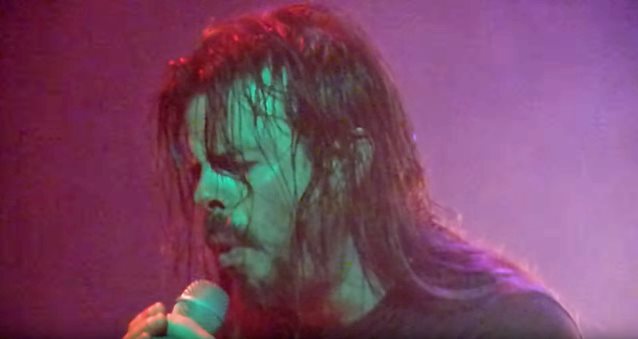 Fan-filmed video footage of QUEENSRŸCHE's January 7 performance at the Rockbar Theater in San Jose, California can be seen below.

QUEENSRŸCHE singer Todd La Torre told "Rockin' Metal Revival" last month that the band was preparing a brand new setlist for its current headlining tour. He said: "We've changed the setlist a lot that we're working on now. There will be some staple songs that are probably always gonna remain in our set, but we will be playing some new stuff, from the new record. And I think we're throwing in a new one from the last record that we haven't played before."

He continued: "I think the proposed setlist that we've put together had around nineteen songs and then we were kind of choosing among those. So out of those songs, I can you that there's about twelve or thirteen that I've never done with the band. So it's gonna a revamped setlist. Some of the stuff is stuff that you haven't heard QUEENSRŸCHE do since the very beginning and the very early '80s. And then other stuff is stuff that I've not played with the band before but they were doing prior to me coming in the band. So it's a new setlist, and we're super excited to be playing new material off 'Condition Hüman' and then off the 2013 release."

Todd added: "Anything that we probably play that's not brand new is going to be from the first five or six records, just because… I think that the band overall just really feels that that is kind of more where their heart lies in the QUEENSRŸCHE catalogue. I mean, there are good songs and stuff on other records, but I think, collectively, when you talk to the bandmembers and you talk to the fans, the general consensus seems to be, like I say, from the EP up to 'Promised Land'. You know, somebody might like something off 'Tribe' or 'Hear In The Now Frontier', or whatever, but we really wanna be able to play what we wanna play, but also you try to think of the majority of the fans. There's always gonna be someone that isn't happy that you didn't play a particular song off a particular record, but you have to go with what is probably the biggest bang for the buck for the fans. And I think that we've put together a really great setlist… There's some other stuff off the EP and 'The Warning' and 'Rage For Order'. I'll feel really comfortable once we're kind of gelling with the material and we'll be performing it night after night and kind of lock in. It kind of takes a little bit to feel like you're really owning it inside. I mean, the fans might think it's great right out of the gate, but it just takes… It's a lot of repetition. We've done the same setlist for quite a while now, and it's just very natural to me and it feels super comfortable. This is a little outside of my comfort zone, because it's not stuff that I've conditioned myself to sing night after night after night after night."

QUEENSRŸCHE's latest album, "Condition Hüman", debuted at No. 27 on The Billboard 200 chart, having shifted 14,000 equivalent album units in the week ending October 8.

"Condition Hüman" was released on October 2 via Century Media. 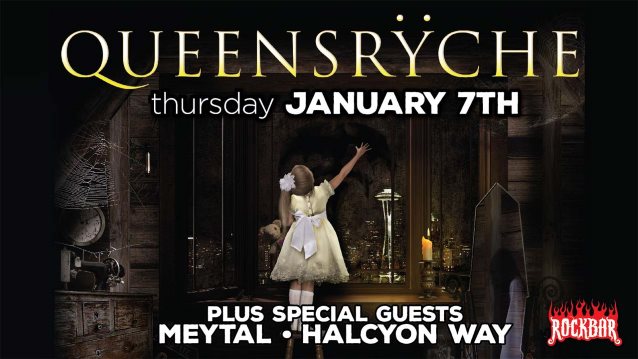