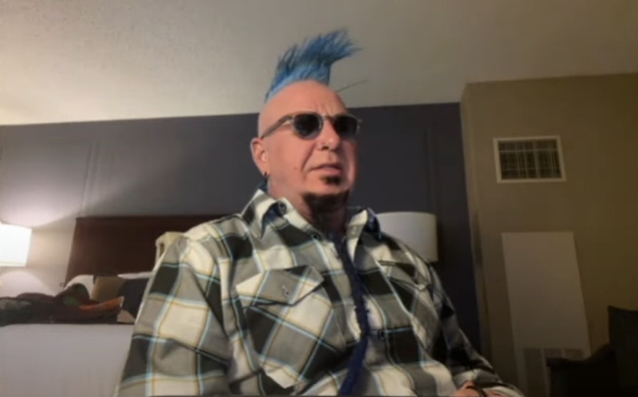 MUDVAYNE singer Chad Gray has joked about the irony of him falling off stage while singing the song "Not Falling", calling it "crazy" and "unbelievable".

The incident happened on July 26 in Tampa, Florida when Grayand his bandmates were performing at MidFlorida Credit Union Amphitheatre as part of MUDVAYNE's co-headlining U.S. tour with ROB ZOMBIE, dubbed "Freaks On Parade".

Gray addressed his fall once again while appearing on DWPresents On Twitch's "The Gunz Club" show hosted by his wife Shannon Gunz of SiriusXM. He said: "It's amazing. I mean, it really is. C'mon. The fucking irony, that it happens during 'Not Falling' is just unbelievable. It's so crazy."

Last Thursday, Gray posted a video message on his Instagram in which he shared "the whole truth" behind the incident. The 50-year-old musician said in part: "I just want you to know that it's not like I walked out there and fuckin' slipped on a banana peel or something and fell into the crowd. It was absolutely my intention to get out there and get down in your face and lay on ya and lean into ya and scream and have you scream back at me. It's probably one of my favorite parts of any show that I ever play, is getting that close with you guys. 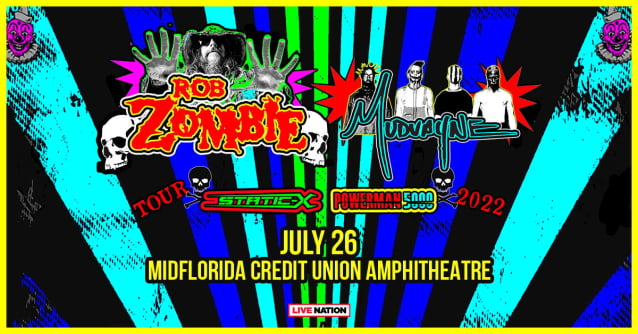