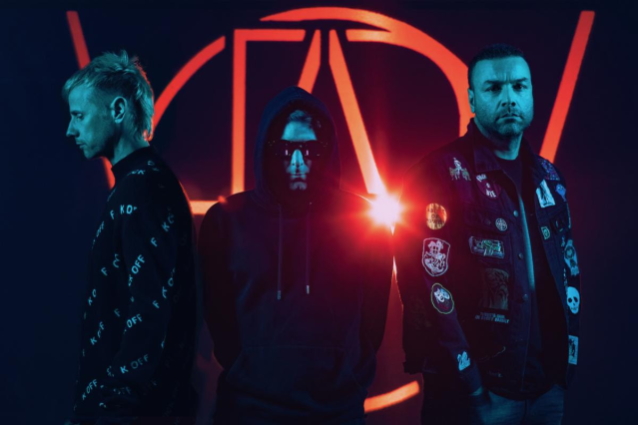 MUSE has replaced FOO FIGHTERS as one of the headliners at this year's Aftershock festival.

Aftershock festival will return to Discovery Park in Sacramento, California on October 6-9, expanding to four full days (after a half fourth day in 2021),adding a fourth music stage and featuring over 90 bands.

MUSE frontman Matt Bellamy said in a statement: "It's been too long and we can't wait to come back to Northern California and headline Aftershock on Sunday, October 9th in Sacramento."

FOO FIGHTERS were originally scheduled to headline Aftershock on October 9 but canceled all tour dates in the wake of drummer Taylor Hawkins's death two months ago.

The weekend's lineup of rock and metal heavyweights also features headliners SLIPKNOT and ROB ZOMBIE (Thursday),KISS and JUDAS PRIEST (Friday),MY CHEMICAL ROMANCE and PAPA ROACH (Saturday) and SHINEDOWN (Sunday),along with a range of additional top music artists including BRING ME THE HORIZON, EVANESCENCE, LAMB OF GOD, A DAY TO REMEMBER, ARCHITECTS, HALESTORM, STONE TEMPLE PILOTS, CHEVELLE, and many more.

Sacramento Bee has called Aftershock "one of the country's most anticipated hard rock events." The 2021 event is estimated to have brought in $30 million to the local economy, with 75% of the attendees traveling to Aftershock from outside the region, according to Mike Testa, CEO of Visit Sacramento.

"It’s been too long and we can’t wait to come back to Northern California and headline AFTERSHOCK on Sunday, October 9th in Sacramento. “ - @MattBellamy, @muse