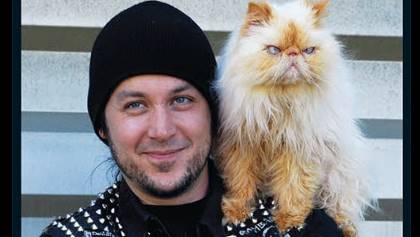 NAPALM DEATH, MORBID ANGEL Members Like Pussies Too: 'Metal Cats' Book Due In May

powerHouse and The Black Birch have announced the May 2014 release of "Metal Cats" by Alexandra Crockett.

"Metal Cats" combines two amazing subjects: the extreme personalities of the hardcore metal music scene and their adorable kitties. These incredibly cute and fluffy felines have been photographed with their loving owners in and around the dark abodes of musicians, fans, and promoters of metal including members of the following bands:

Metal isn't all dark and disturbing, violent and misanthropic. "Metal Cats" is proof that while the music may be brutal, the people in the scene are softies for their pets just like the rest of us.

A portion of the proceeds from this book and a series of benefit shows held along the West Coast will go towards one no-kill shelter in each of the four main cities visited.

Alexandra Crockett, a musician and jewelry designer, has been present and active in the metal community since the age of 15 and is currently a doctoral student in the Bay Area. Beginning her idea for the book by doing promotional photos for bands and friends she would cat-sit for, she found an interesting dynamic between men in the metal scene and their cats. The idea for the book formed around giving accolades to local musicians and artists in the metal scene, while also bringing to light no-kill shelters and their importance for animal rights.

"Metal Cats" can be pre-ordered at Amazon. 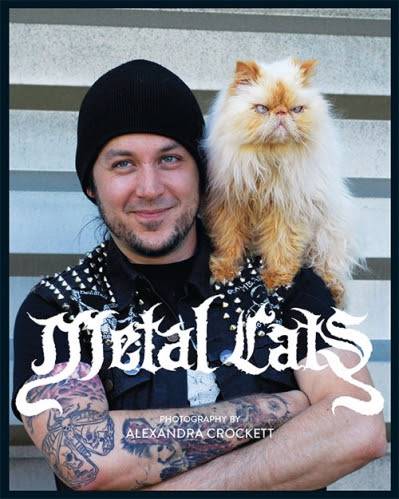