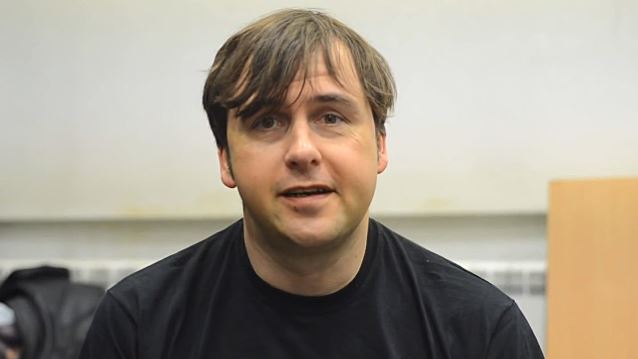 Vocalist Mark "Barney" Greenway of British/American grindcore pioneers NAPALM DEATH has shot down speculation that the band's longtime guitarist Mitch Harris is officially out of NAPALM or is terminally ill.

Harris took an indefinite break last fall to tend to a family situation and Wikipedia initially wrongly scrubbed him from the band roster. He has since temporarily been replaced by John Cooke (CORRUPT MORAL ALTAR).

"There is no weirdness," Greenway tells Decibel for the magazine's latest issue. "It's something that you can't put a time limit on. I'd rather he sort his situation out and come back with the decks cleared. The situation might change at some point, but we are letting him get on with it, because it's heavy stuff. But we're trying not to be pessimistic."

Greenway continues: "People think Mitch is terminally ill and he isn't. Or they think he has left the band for shady reasons and he hasn't. You have to cut people some slack. We did that for Shane [Embury, bass] when he had some problems."

Although Greenway hopes Harris will return in time for a North American tour with VOIVOD, he can't guarantee it.

"You will never see something half-assed out of me, because I would feel like I was cheating myself," he tells Decibel. "That's part of the reason why we are coming to the States first on this tour: because we saw how we were received and the general friendliness to the band. It's a fire under us. It doesn't hurt to not let Europe see us for a little while."

"I'm the kind of person that will roll into these situations and do my best," Greenway adds. "I tend not to get unenthused. I know it sounds sickeningly upbeat, but I've never gone into a show and been in the doldrums. Even playing in front of 20 kids in Europe — those 20 kids came, and those kids deserve the most hard-hitting performance we can give."

NAPALM DEATH will release its 15th studio album, "Apex Predator - Easy Meat", on January 27, 2015 (one day earlier internationally) via Century Media Records. The CD's striking artwork was created by Danish designer Frode Sylthe (Friktion.com),who has previously worked on the band's "Utilitarian" album as well as with such other acts as AT THE GATES, TOTALT JÄVLA MÖRKER, THE HAUNTED and BURST. 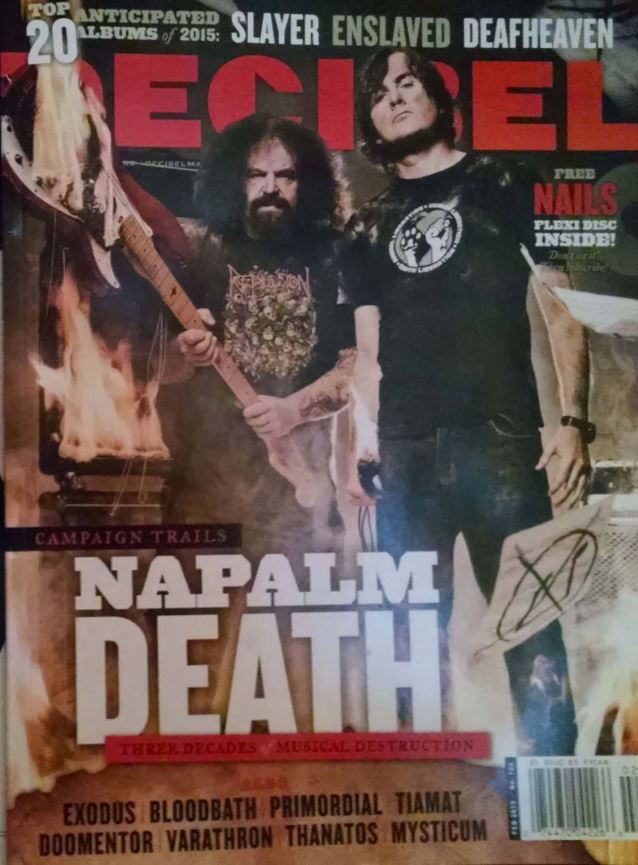