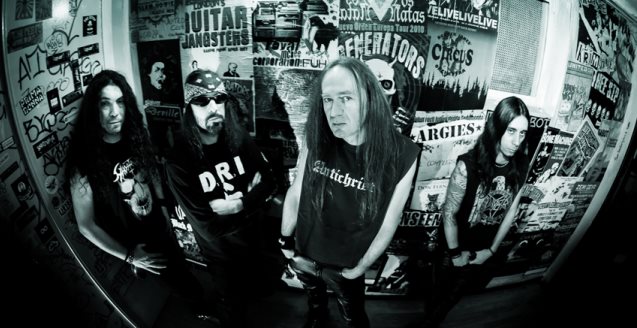 Legendary Italian black thrashers NECRODEATH have released a video trailer for their much-anticipated new album, "The 7 Deadly Sins", due out on May 13 via Scarlet Records.

"The 7 Deadly Sins" follows the critically acclaimed, single-track album "Idiosyncrasy", delivering seven fast and brutal songs centering around the seven sins. For the first time ever, NECRODEATH used its Italian mother tongue to write most of the lyrics, as well as English and Latin, giving a different edge to the music itself. Also, two classic songs from the band's catalogue have been re-recorded by the group's new lineup and included in the track listing, "Thanatoid" from "Fragments Of Insanity" (1989) and "Graveyard Of The Innocents" from "Into The Macabre" (1987). The artwork features a provocative shot of renowned porn star Mila Ramos.

"The 7 Deadly Sins" will be preceded by a seven-inch vinyl single release of the song "Wrath".

Watch here the video for "Wrath" below. 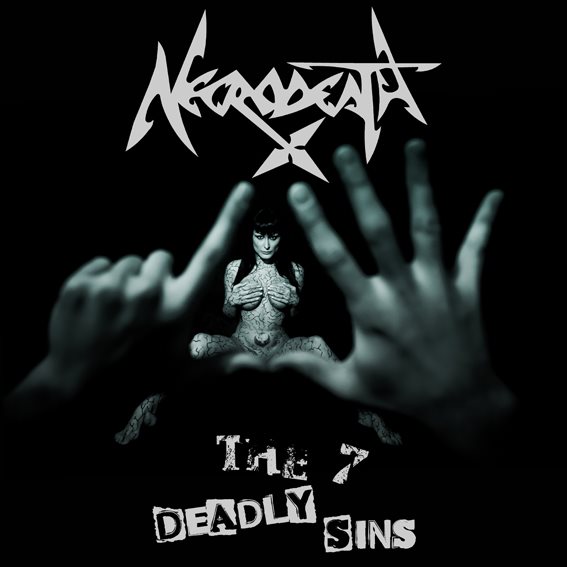