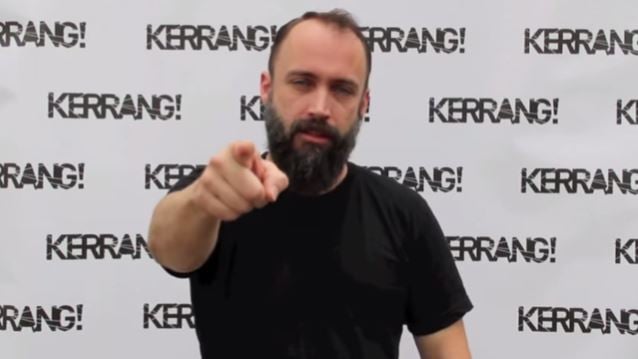 In a brand new interview conducted earlier today (Friday, June 12) at the U.K.'s Download festival, vocalist Neil Fallon of Maryland rockers CLUTCH revealed that the band's new album, "Psychic Warfare", will be released "the third week of September" via the band's own label, Weathermaker Music. "It's got eleven songs on it, and it's probably faster than [2013's] 'Earth Rocker'," he added (see video below). "We wrote it pretty quickly after 'Earth Rocker', so we were, kind of, still in that headspace."

In a recent interview with The Aquarian Weekly, CLUTCH drummer Jean-Paul Gaster stated about "Psychic Warfare": "There are some similarities in regards to 'Earth Rocker', and there are some songs on it that are sort of familiar, but we did some different stuff, too. There's stuff that is a little funkier, and there's other stuff that's a little more bluesy. So there's more diversity, I think."