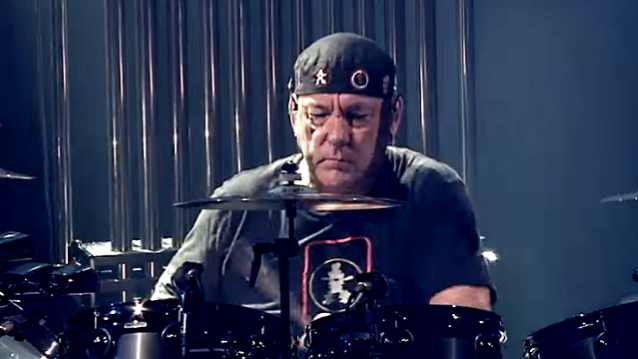 Neil Peart (RUSH),Eddie Van Halen (VAN HALEN),Frankie Banali (QUIET RIOT),Riley Gale (POWER TRIP),Peter Green (FLEETWOOD MAC) and Brian Howe (BAD COMPANY) are among the musicians who are featured in NBC News' recap of those we have lost from the entertainment world in 2020. You can watch the entire segment at this location.

Gale died in August at the age of 35.

Howe died in May at the age of 66. He passed away at his home in Florida after suffering cardiac arrest. He had a history of heart issues, having previously had a heart attack in 2017.