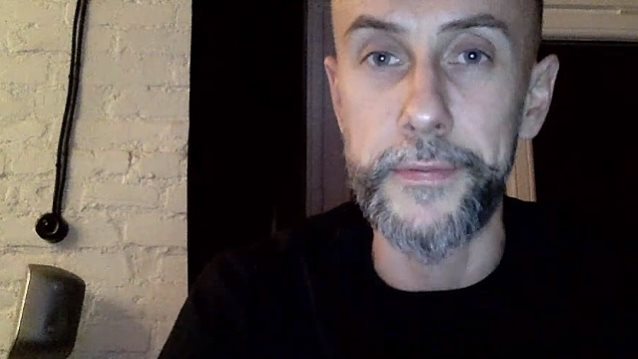 Guitarist/vocalist Adam "Nergal" Darski of Polish extreme metallers BEHEMOTH recently answered a number of fan-submitted questions on a wide range of topics for the video question-and-answer site asQme. Check out the clips below.

Speaking about his influences, Nergal said that he has been inspired by the "avant-garde" when writing BEHEMOTH's upcoming album. He also revealed that he listens to classic rock bands and artists from other genres, admitting that he is "really keen on the primitive, primal kind of tempos."

Nergal said: "There's some rigid strength in the punk scene in general. The classics, they have this thing that makes you come back to the origins like a boomerang. That's how I work. I just drift somewhere and then, eventually, I come back and listen to classics, like heavy metal, punk, goth. I'm not really a big gothic fan, a fan of goth music, but FIELDS OF THE NEPHILIM is a classic."

He continued: "Once in a while, I just come back and rediscover them for myself. Same goes for BAUHAUS and SIEKIERA… Plenty of bands… It can be whatever…. [BLACK] SABBATH… You name it… David Bowie just coming back with a new record. It is very inspirational, even for radical music that we make, it's still very inspirational. Sometimes it's not really direct inspiration, that you will hear me singing some avant-garde stuff… Not necessarily; I'm not that kind of singer. But I wouldn't be surprised if on the next BEHEMOTH album, you will hear some post-punk influences, the beats especially. I'm really keen on the primitive, primal kind of tempos lately. So you never know."