"The Year Of The Voyager", the long-awaited DVD from Seattle metallers NEVERMORE, has entered the German DVD chart at position No. 82.

Commented the band: "Thank you to all our fans for purchasing our new DVD. We are hard at work on the new NEVERMORE. We promise it will be our best work yet. See you soon on stage. If it were not for our fans, we would not be where we are at right now, so thank you very much from all of us."

An e-card for "The Year Of The Voyager" can be found here. A seven-minute trailer for the set is available below.

"The Year Of The Voyager" will be released in North America on November 25, 2008 via Century Media. The set covers the "This Godless Endeavor" touring cycle, starting with amazing live footage from the U.S. Gigantour 2005, the Metal Mania festival 2006 in Poland, the Wacken Open Air festival in 2006 in Germany and the main DVD show recorded at the Zeche in Bochum, Germany on October 11, 2006. Bonus material includes two songs from Century Media USA 10th Anniversary Party 2001, all promo videos and an interview with singer Warrel Dane which was recorded at the Roax Film Studios in Berlin in the spring of 2008.

"The Year Of The Voyager" will be released as a limited-edition 2DVD+2CD, standard 2DVD, standard 2CD and limited 3LP (the latter two containing the audio from the main show in Bochum only).

As the main show of this DVD was filmed in the German town Bochum, a world premiere of the DVD will be held at the Metropolis Cinema in Bochum on September 15, 2008, which will include a personal introduction and exclusive signing session with NEVERMORE vocalist Warrel Dane and guitarist Jeff Loomis. A release party, including screening of the DVD and special giveaways, will take place on October 11, 2008 at the Rockcafe Halford in Berlin. The entrance is free.

"The Year Of The Voyager" track listing: 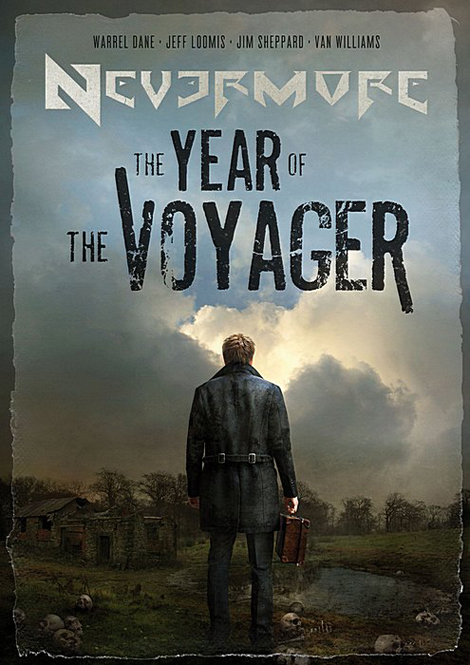