According to The Pulse Of Radio, a new book out in the U.K. claims that METALLICA has made a series of "disastrous" financial decisions over the past five years that has left the band in the red. "Into The Black" authors Paul Brannigan and Ian Winwood claim that since 2010, "It's likely that METALLICA have lost more money than they've made."

The pair explained in an interview with The Weeklings, "By their own admission, the two stagings of the Orion festival were disastrous financially, and the shambles that was the 'Through The Never' movie cost $32 million and will only recoup a fraction of that amount."

The authors added, "Factor in HQ staff salaries, crew retainers and assorted running costs associated with maintaining an entertainment corporation and you can easily understand why the band — of necessity now rather than by choice — are driven to tour Europe every summer."

Winwood and Brannigan said that "Through The Never" — a concert movie mixed with a fictional narrative — took an especially large bite out of the band's finances. The movie made less than $4 million at the box office.

Asked if making the movie was worth the financial risk, METALLICA drummer Lars Ulrich told The Quietus in a 2013 interview: "That remains to be seen. Ask me when I come back and talk about the new record two years from now. I have no idea. I do know that we rarely consider other options, so compromise is not METALLICA's major strength. And I think that the fans hopefully appreciate that if its got the word 'METALLICA' written somewhere on or near it, that it comes from us."

He continued: "Creative experiences aren't really ones we share with anyone other than the closest few that we sort of purposefully let in. So, to sit there and take a bunch of money from a bunch of people to then have them [be] involved in editing and controlling the movie and so on just seemed wrong. That, of course, was before the project ran amok, but they always run amok, so it's nothing new.

"In METALLICA, we don't look at things as… there's a word called 'cross-collaterizing.' You sort of put everything against everything else so it's not [a case of], 'How is the movie going to do, as itself?' It's not like an isolated entity…

"I think nowadays in media it's very much, 'What did it cost? What did they get back? Was it a success? Was it a failure?' It's slightly more complicated than that, and that kind of breaking it down to absolutes really doesn't interest me.

"This is another chapter in METALLICA's existence, and I'm sure that if we don't make all the money back, then, I don't know, [we will in] t-shirt sales seven years down the line. Something good will come in the wake of these projects. It's just sort of how we roll." 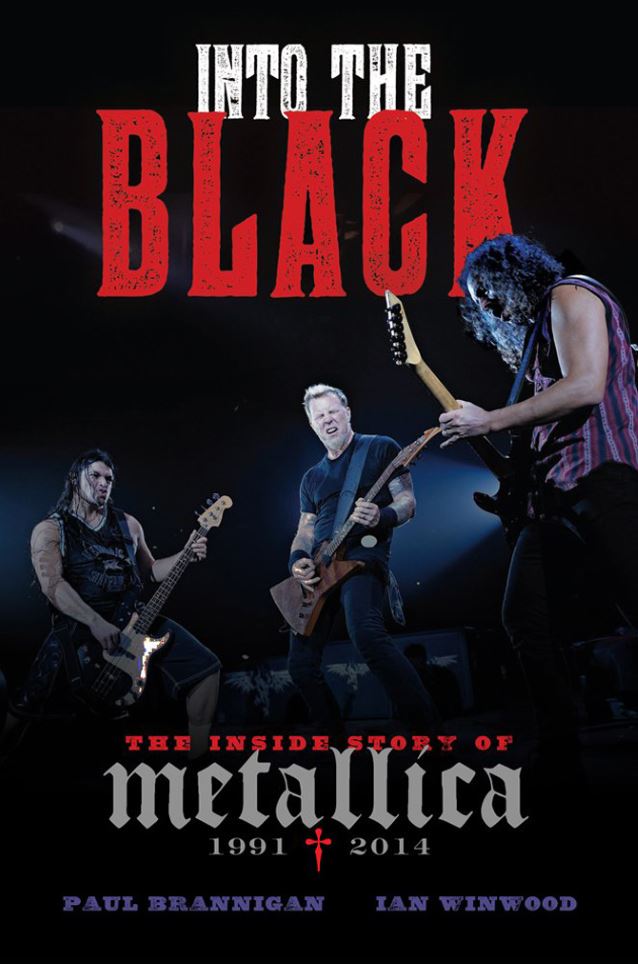