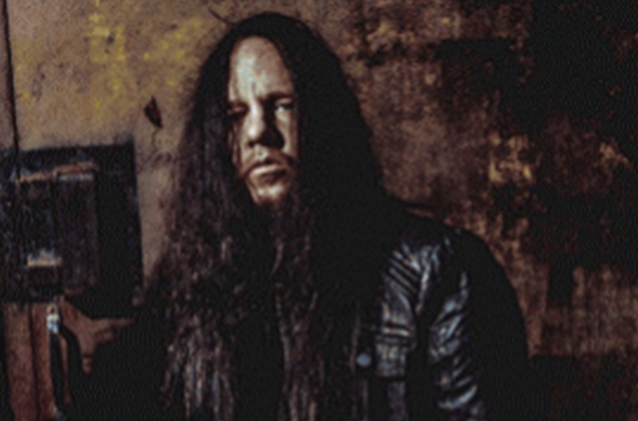 Joey Jordison and Oscar Martinez, owner of merchandise company Rebellion Republic, developed a friendship in the summer of 2004 while Joey was headlining the second stage at Ozzfest with SLIPKNOT. Oscar was at the time working for Century Media Records. The two of them ran into each other at various cities during that summer and they began talking and building a friendship that would continue throughout the years.

Oscar and Joey shared a love for extreme metal, movies, and cats, all of which were integral parts of their friendship. In almost every text conversation, they mixed in photos of their pet cats and kept up to date on each other's furry friends. It wasn't until the spring of 2020 when COVID-19 was in full effect that they found the time to work on something fun together that would combine their mutual passions. With Rebellion Republic in full swing, a shirt design started brewing with the plans of releasing it through Oscar's company. Rebellion Republic had a black metal cat design that donated a portion of the proceeds to various animal groups, so he offered to do something similar with a design both he and Joey would create.

Oscar comments: "From the get-go, we wanted to do a design based on a cat because we wanted to give proceeds of the sales to an animal shelter of our choosing. Because after all, we owed it to places like that who gave us our fur babies so it was the least we could do and it felt excellent to give back to the places we adopted from."

The initial ideas were of different styles of cats and after a few examples were made, Joey's response was, "He's too cute. He needs to look like he gets into fights, lives in an alley and drinks motor oil." Once the initial designs were out of the way, they solidified the direction and The Joey Cat Shirt was on its way to being created. There were multiple revisions to the hair on his tail or on his back, and tweaks to get the elements of the design that resembled Joey just right. They agreed that this was their cat, their own little creation, and both wanted to make sure the end result was perfect.

Once they were happy with the design and it seemed like everything was moving forward, life happened and sadly, their collaborative design went to live in a folder on Oscar's computer. At that point, only Joey, a few family members, and a handful of artists involved in the creative process had a chance to see the final design. When Joey passed away in July 2021, Oscar decided he wouldn't release it since he couldn't do it without his friend by his side.

After the first anniversary of Joey's passing, Oscar was speaking with one of their mutual friends, Jed Simon. Oscar says: "I don't know how this came about, but I showed him the design and I told him the story behind it, figuring he would enjoy seeing it too. Jed loved it and when he later spoke to Joey's sisters, he found out that Joey had actually spoken to them about the design and how excited he was to be working on it. After hearing that, it was like it gave our Joey Cat another life. It felt like it was meant to be and after I talked on the phone with his sisters and shared stories about Joey, as well as talking about the design process of the cat, we all mutually agreed that we should release it. This is something Joey had his hands on and was happy and passionate about. We decided to follow through with the initial idea and it brings me joy to have a way of honoring my friend. Most people know Joey from his amazing musical skills and that unmatchable charisma, I was lucky to know that Joey as well as the thoughtful and caring person with a sweet soul that would text randomly to check in, share a funny cat picture, and recommend movies or music."

Joey's sister Katie comments: "In 2020, when everyone was in lockdown, Joey and I talked often. One night in the spring around his birthday, we were texting back and forth and I asked him what he wanted for his birthday. He knew he wanted a Dax Riggs shirt but couldn't decide on a specific style. Eventually, he settled on a Ouija Board design and I ordered an ACID BATH 'Paegan Terrorism Tactics' shirt for myself. That's when he mentioned, 'Speaking of shirts, check out what I am working on.'"

The Joey Cat Shirt features the final artwork Oscar and Joey created on the front, Joey's number on the arm and Joey's logo on the back. The design is printed on a soft style 100% cotton shirt and can be purchased at Rebellion Republic's web site through pre-order with the shirts expected to ship out before the December holidays.

A portion of the profits will be donated to the Animal Rescue League of Iowa (ARL) and The New Hampshire Society for the Prevention of Cruelty to Animals (NH SPCA) in honor of the original plan between Joey and Oscar. Both organizations have meant a great deal to each of them and are where many of their cat buddies were rescued from. It's their hope to support places like ARL and NH SPCA so they can continue to support the thousands of animals needing their help every year and continue introducing people to their new best friends. Joey and Oscar both hope your next cat or dog is a rescue.

Rebellion Republic is independently owned with over twenty years of experience in the music industry and is the home for bands like MESHUGGAH, ARCH ENEMY, CARCASS, EXODUS, BRUJERIA, ACCEPT, DECAPITATED, VENOM, and more. Rebellion Republic aligns with musicians to convert their art into unique and compelling merchandise to connect with fans all over the globe while also providing them with quality products that utilize responsible resources whenever possible.

Alongside the support of their worldwide partners and the backing of an innovative team made up of artists and rebellious spirits — they're here to support the headliners and the up-and-coming creatives because all artists deserve great products and to have their talents supported, encouraged, and represented.

Creativity is inherently bold, unique and rebellious; it requires the creator to step out of the bounds and challenge the status quo — Rebellion Republic not only nourishes that, but they also embody it. 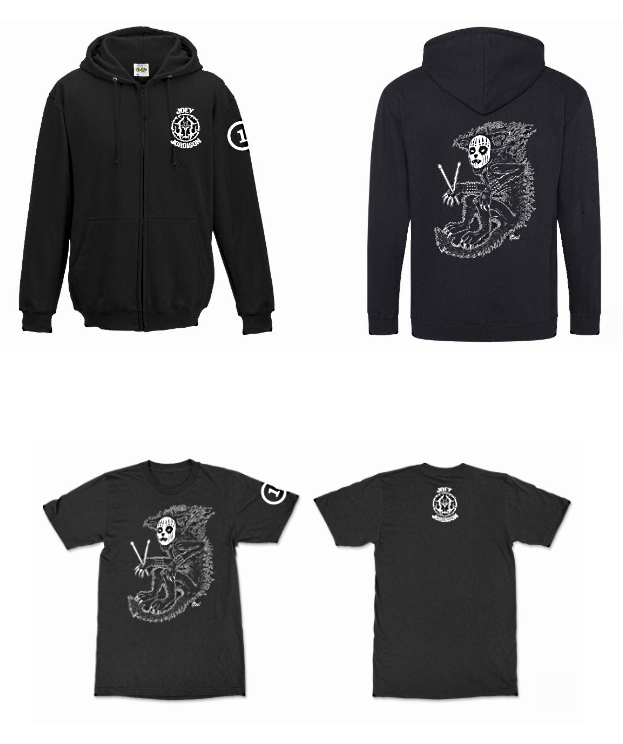