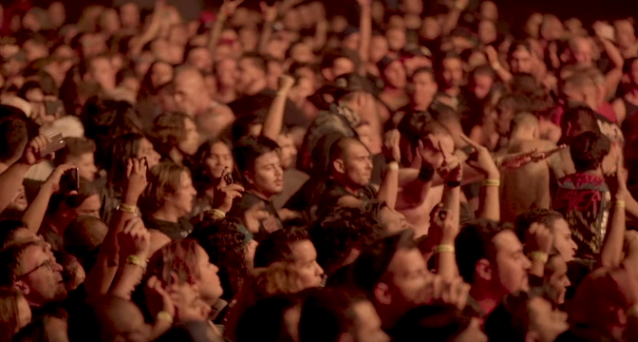 Starting on April 2, concerts in New York state will be allowed to resume at 33 percent capacity, with a limit of 100 people indoors or 200 people outdoors, and a requirement that all attendees wear masks and be socially distanced. According to The New York Times, those limits would be increased — to 150 people indoors or 500 people outdoors — if all attendees test negative before entering.

Because of the state's order that venues require social distancing and mask-wearing, some promoters and venue operators say that reopening simply isn't economically feasible.

"Given that social distancing is still part of the metric, it brings us back down to an approximate 20 percent capacity, which is untenable," Michael Swier, the owner of the New York City rock clubs Bowery Ballroom and Mercury Lounge, told The New York Times.

The New York announcement comes just a day after the governors of Texas and Mississippi said that they were lifting mask mandates and allowing businesses to reopen at full capacity.

Effective March 10, all businesses in Texas will be allowed to open at full capacity for the first time in nearly a year, Gov. Greg Abbott announced. Businesses may still limit capacity or implement additional safety protocols at their own discretion.

Mississippi on Tuesday issued a separate executive order to lift the state's mask mandates and give all businesses the green light to reopen at full capacity.